Since leaving Coronation Street, Sanderson has appeared in episodes of the BBC television series' Holby City and New Street Law alongside fellow Coronation Street alumni Chris Gascoyne and Chris Bisson. British newspaper The Daily Express stated that she was in the running[citation needed] to replace Billie Piper as the Doctor's companion in Doctor Who, however Freema Agyeman was chosen for the role. In 2006, Sanderson appeared in a touring production of The Vagina Monologues with Jerry Hall amongst others and an episode of Kay Mellor's Strictly Confidential.

A naturally gifted vocalist, Sanderson loves to show this side of herself off; jumping up to sing at every opportunity, she is a self-confessed karaoke enthusiast. Recently she has made several television appearances singing, most notably on ITV's Madonna Mania, Discomania, Abba Mania 2 and Celebrity Stars in Their Eyes, where her impression of LeAnn Rimes, singing the smash hit theme from the film Coyote Ugly, 'Can't Fight The Moonlight' earned her the winner's spot. She recently appeared on The X Factor: Battle Of The Stars in the solo 16-24 category, mentored by Sharon Osbourne where she was eliminated 5th. (It must be said, however, that Sanderson was suffering from tonsillitis at the time and was straining her voice to sing.) Despite the exit from the show, she hopes to perhaps one day pursue a music career.

For 2006 and 2007, Sanderson has been signed up by hip sports fashion footwear brand KangaROOS to head up their high-profile new print advertising campaign. She will shortly be seen in the new independent film Clubbed and in episodes of Cold Blood for ITV1 and The Afternoon play for BBC1. 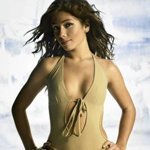 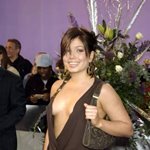 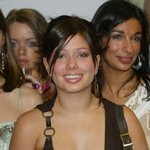 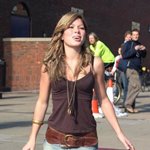 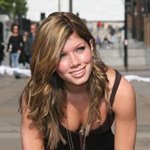 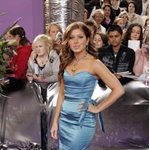 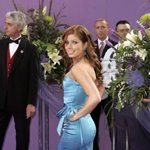 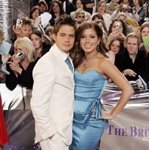 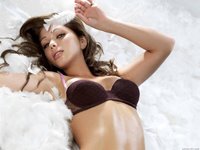 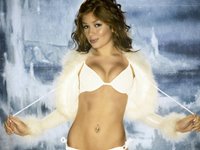 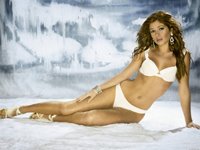 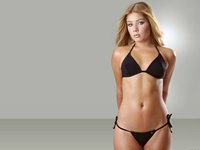 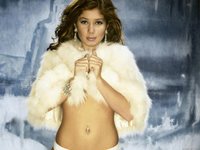 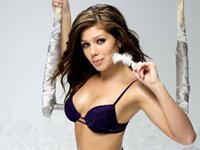 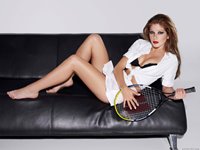 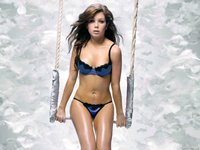 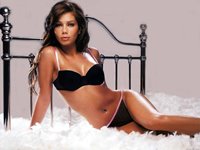