Winning best actress in the state of Maryland's high school competition at the age of 17, Nicole Parker decided to pursue acting career seriously and began to find work at the Baltimore Actors Theatre. After a stint at the Washington Ballet Company, she sharpened her acting skills at the New York University's prestigious Tisch School of the Arts, where she landed an agent whom she met while performing "King Lear" in drag.

Graduating from NYU, the aspiring actress moved to Harlem, where she did various odd jobs, including as a phone operator in the trendy Paramount Hotel as well as several small jobs in the garment industry. She also played tiny roles and worked for pennies in the theater circuit while trying to break the business.

In 1995, Parker made her film debut in the Sundance-screened "The Incredibly True Adventure of Two Girls in Love," an indie cult classic written and directed by Maria Maggenti. In the touching and comic lesbian film, Parker starred as Evie Roy, a smart and beautiful African-American and one of the high school most popular girls who falls for a rebellious tomboy (played by Laurel Holloman).

The new millennium proved to be Parker's breakthrough moment when she snagged the role of Teri Joseph, the eldest sister and the controlling attorney, on Showtime's popular television drama "Soul Food." The series is based upon Tillman's childhood experiences growing up in Wisconsin, and is a continuation of Tillman's successful 1997 film of the same name. Parker's character was initially portrayed by Vanessa L. Williams in its film version.

After "Soul Food" ended in 2004, Parker landed another TV series regular, this time on UPN's comedy "Second Time Around" (2004-2005), in which she co-starred with real-life husband Boris Kodjoe playing a newlywed couple who remarried after getting divorced three years earlier. Unfortunately, the show was canceled after only 13 episodes, citing low ratings.

Parker is currently on set and will soon complete her upcoming film with writer/director Malcolm D. Lee, a comedy titled "Welcome Home Roscoe Jenkins" in which she will share the screen with Martin Lawrence, Mike Epps and Cedric the Entertainer. She is also set to appear in "NowhereLand," a comedy film by director Karey Kirkpatrick starring Eddie Murphy and Thomas Haden Church.

''A guy once told me that I sound like I'm a little ahead of myself. I can't wait to thank him at the Oscars.'' Nicole Parker. 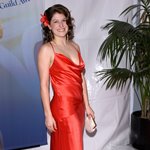 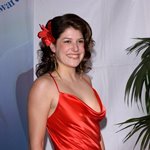 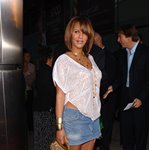 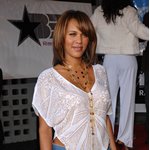 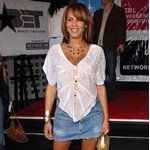 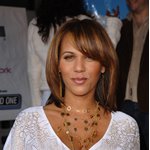 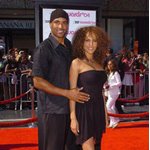