Son of renowned maverick director John Cassavetes and extraordinary actress Gena Rowlands, Nick Cassavetes was an actor for over a decade before he added writing and directing to his Hollywood repertoire. Born and raised in New York, Cassavetes appeared in two of his father's films, Husbands (1970) and A Woman Under the Influence (1974), while growing up. The sturdy, 6'4" Cassavetes did not, however, want to be an actor and attended Syracuse University on a basketball scholarship. After an injury ended his collegiate athletic career, Cassavetes re-thought his aspirations and headed to his parents' alma mater, the American Academy of Dramatic Arts.

Though he scored his first role as an adult in Peter Bogdanovich's acclaimed drama Mask (1985), Cassavetes made his living appearing in numerous B-movies during the 1980s and early '90s. Along with such actioners as Black Moon Rising (1986), Under the Gun (1988), and The Wraith (1987) (with fellow Hollywood offspring Charlie Sheen), Cassavetes also starred in several softcore movies, including Body of Influence (1991). By the mid-'90s, Cassavetes left B-movies with a role as writer and Dorothy Parker's lover, Robert Sherwood, in Alan Rudolph's Mrs. Parker and the Vicious Circle (1994), and his own debut as movie writer and director. Drawing on his mother's experience after his father's 1989 death and featuring a superb performance by Rowlands, Unhook the Stars (1996) was a perceptive slice-of-life drama about a widow's relationship with her young single mother neighbor. Further paying homage to his roots, Cassavetes then directed one of his father's unproduced screenplays, She's So Lovely (1997). Starring Sean Penn and Robin Wright Penn as a couple that defines amour fou and John Travolta as Wright Penn's tough yet paternal second husband, She's So Lovely was true to the elder Cassavetes' distinct, keen voice and won prizes for cinematography and Penn's flamboyant performance at the Cannes Film Festival.

Cassavetes also appeared onscreen that same year with Travolta as super criminal Castor Troy's bald cohort Dietrich in John Woo's summer blockbuster Face/Off (1997). Appearing in higher profile fare than most of his prior acting work, Cassavetes followed Face/Off with roles in the Johnny Depp-Charlize Theron sci-fi thriller The Astronaut's Wife (1999) and Ted Demme's Eddie Murphy-Martin Lawrence prison movie Life (1999). Continuing his associations with Demme and Depp, Cassavetes subsequently co-wrote the director's final film Blow (2001), about the rise and fall of a 1970s and '80s American cocaine kingpin. Returning to the director's chair for a project that spoke to his experience with his own daughter's heart disease, Cassavetes took on his first big-budget Hollywood genre film John Q. (2002). Starring Denzel Washington as a desperate working-class father who turns to violence when his HMO won't cover his son's heart transplant, John Q. received less than kind reviews but touched a nerve with audiences weary of the Byzantine managed care system, and became a hit. 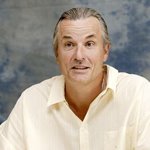 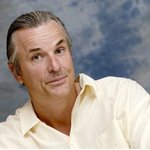 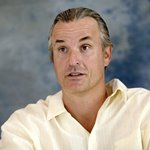 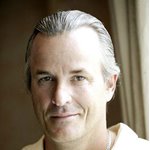 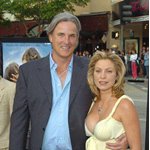