A film that unquestionably proves the effectiveness that positive word of mouth can have, Nia Vardalos' My Big Fat Greek Wedding was the very definition of the independent sleeper that came from virtually nowhere to become an Oscar nominated breakout hit that would compete with such summer 2002 heavies as Signs, Austin Powers in Goldmember, and XXX. With virtually no television advertising to speak of and no billboards to build an audience in the weeks before its release, My Big Fat Greek Wedding continued to build box-office momentum to become one of the most successful independent features ever released. Born Antonia Eugenia Vardalos in Winnipeg, Manitoba, Canada in September 1962, Vardalos' good-natured and eccentric family encouraged the talented youngster's creativity she began exhibiting when she was merely six years old.

Her love of performing led Vardalos to begin her professional career at the Rainbow Stage, a theater company that eventually provided her with the means to get a scholarship to Toronto's Ryerson University in 1986. It was two short years later that the emerging performer would join Toronto's Second City theater troupe, moving to Chicago's Second City stage shortly thereafter. Introduced to future husband Ian Gomez while performing in the Windy City, the couple married in September 1993 and moved to Los Angeles shortly thereafter. Both Vardalos and Gomez began appearing on numerous small-screen shows such as The Drew Carey Show, and it wasn't long before Vardalos, inspired by her eccentric family and her colorful childhood, began to pen a stage play entitled My Big Fat Greek Wedding. Penning her first draft in a mere two weeks, the play was assembled based on her friends' recollection of humorous stories about her family and centered around her account of her and Gomez's memorable wedding. A stage hit that soon drew the attention of actress Rita Wilson, Wilson recommended the play to husband Tom Hanks and after Hanks attended the following night's performance of the charming one-woman play, the couple agreed that a film version would captivate audiences.

Though she faced much adversity by means of executives eager to cast a major star and tinker with her winning script, Vardalos stuck to her guns and brought her vision to the screen fully intact for a paltry five million dollars, a gamble that paid off when word of mouth found audiences flocking to the film in record numbers. 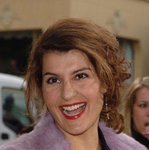 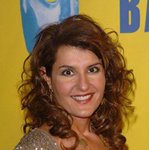 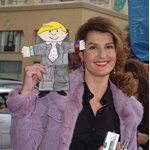 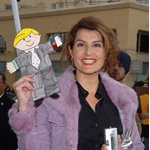 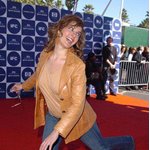 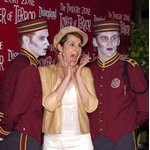 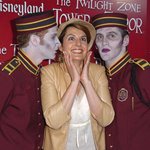