Neil was born the second of four sons to Eve and Dennis Jackson, at home in Turnpike Drive, Luton. At the age of seven the family moved to a neighboring village, Barton Le-Clay, where they lived until Neil left for University aged eighteen. Neil was always an adventurous child, participating in many school sports, competing for both his school and county in rugby, swimming and tennis.

Neil was introduced to acting when studying Drama at GCSE level in Harlington Upper School. His teacher, Nigel Williams, saw Neil's potential, placing him in several of the school plays including Annie, Little Shop of Horrors, Hard Times, and West Side Story. Neil also acted in National Youth Theatre as a teenager before moving to Cardiff to study sport at the University of Wales Institute Cardiff (UWIC) in America.

Here Neil started competitive boxing after learning of the British Universities Boxing Championships, an inter-university competition held throughout the whole of Britain. Neil entered and won the gold at light-middle weight. He went on to successfully defend his title two years later at middle weight. Neil's boxing earned him a scholarship to stay on at UWIC and study for his Masters degree, graduating in 1998. Neil then left Cardiff for London in pursuit of an acting career.Unsure of how to now get into acting, Neil wrote a musical and entered it into a National competition for new writers. It came third and gained attention from producers in London including Michael Armstrong. Neil later enrolled in Michael Armstrong's Acting Academy, graduating 2002.

Neil's first professional acting job was a UK National touring production of Strindberg's classic "Miss Julie", in which Neil understudied the lead character, Jean. A role he took over in the West End production later that year.

Neil's big break came when Oliver Stone cast him as Perdiccas in Alexander. Neil recalls having a black eye and three stitches in his eyebrow when he first met Oliver Stone. A fact Neil jokes must have assisted him as Stone cast him on the spot for the movie.

Neil is currently in Panama shooting the new Bond movie, Quantum Of Solace. He plays the character of Mr. Slate. 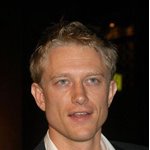 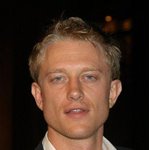 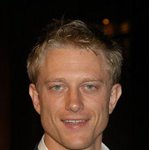