Navi Rawat has been working hard ever since appearing in 2000 on the tv show Popular as "Teen Girl #5." Since then she has appeared in the shows Roswell, Fastlane, 24, The OC, and Angel. Her appearance on Angel has become legendary among fans, though the series has concluded, and the episode she appeared on was recently voted the favorite of all five seasons.

Despite the frenzy she caused on Angel, Navi is probably most known for her pivotal character Theresa on the OC. As ex-girlfriend of main character Ryan, she re-enters his life bringing him news of their soon-to-be baby which sends them moving away together in the season finale.

Recently, Navi has guested on an episode of the crime drama Without A Trace and Numb3rs (Numbers), a new television series with an incredible cast, began airing in January on CBS featuring Navi as a recurring character.

In between filming tv shows she also has been active appearing in movies such as the drama House Of Sand And Fog with acting luminaries Ben Kingsley, Jennifer Connolly, and Frances Fisher. Other movie credits include Jack The Dog, and tv movies The Princess And The Marine, Dancing At the Harvest Moon, and Thought Crimes.

2005 should continue to be a big year for Navi with several new projects already underway. The movie comedy Tom 51, which Navi is in, has begun post-production and she is also slated to star in the horror movie feast produced by Wes Craven, Ben Affleck, and Matt Damon.

Besides being on tv, Navi enjoys watching it as well, with American Idol being a favorite. In a recent interview with MTV she said, "I like [Simon's] brutal honesty. I've watched it from the very beginning." Such down-to-earth personality is reinforced when she reminds others that she is not like her tv character Theresa on the OC. Navi recently gave a great interview (below) as part of a campaign to help raise awareness about teen pregnancy.

With her talent, charm, and sense of responsibility we'll look forward to seeing all of Navi's future projects. 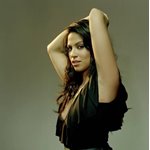 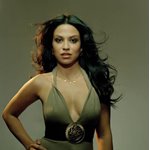 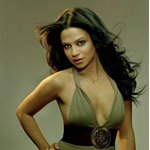 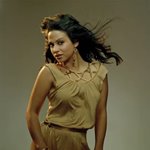 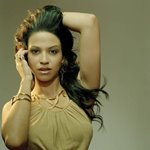 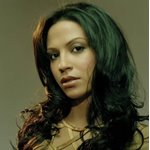 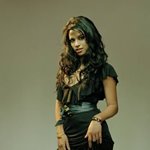