Naureen Zaim was born in 1978 in the Windy City of Chicago, Illinois, which is appropriate since she has been blowing us away with her sultry beauty and talent ever since she entered showbiz. When Naureen decided to pursue a modeling career, she packed her bags and hit the road for the big-city lights of Los Angeles.

Her toned body and natural look made her an instant sensation. She quickly landed pictorials in glossy men's magazines, including a revealing pictorial in Perfect 10, which led to a role in 2004 on Showtime's Perfect 10: Model Boxing. The action-packed program allowed Naureen to showcase her athleticism, and she positively ploughed through the competition with one killer hook after another. Naureen also put her physical skills to use later that year by performing stunts in the blockbuster Spider-Man 2.

"In Hollywood, when you model, people want to put you in movies," she says. "So then I started acting and I took acting classes, I was just, you know, booking things. Whatever I went out for, I would just book it -- whether it was a commercial or a small independent film."

Naureen's dedication to her craft paid off in 2005 with a role in Wedding Crashers. At first, Naureen was reluctant to accept the part because it required her to perform a topless scene. "I knew my family would flip out, but I decided to do it because I think I'm beautiful and I have great breasts," she says. Who are we to argue?

Naureen has since followed up her role in the raunchy comedy with a part as the hot welding chick on Sci-Fi's Master Blasters (2005). 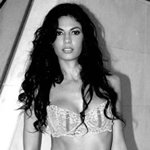 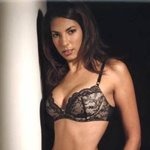 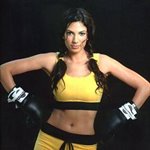