Natalie Anne Merchant was born on October 26, 1963 in Jamestown, New York, USA. The third of four children, Natalie displayed a love for music at an early age, though she never thought of it as a career choice. Natalie originally wanted to become a teacher, but that changed when she met Robert Buck in 1981 and became the lead singer for 10,000 Maniacs. The band release eight albums together: Human Conflict Number Five (1982), The Secrets of the I Ching (1983), The Wishing Chair (1985), In My Tribe (1987), Blind Man's Zoo (1989), Hope Chest (1990), Our Time in Eden (1992) and MTV Unplugged (1993). Despite their commercial success, Natalie grew apart from the band and announced her departure in 1991, though she stayed until 1993 and was replaced by Mary Ramsey. Determined to do things her way, Natalie wrote and produced the album "Tigerlily" (1995). The album, highlighted by Natalie's beautiful vocals and piano playing, sold over 5 million copies worldwide. Even though Natalie was tearing up the charts, she released "Ophelia" in 1998 and proved that musical integrity is more important than record sales. The album sold well, thanks to the hit "Kind and Generous". Natalie released "Live in Concert" in 1999 and embarked on a folk tour in 2000 to adoring audiences. In November of 2001, Natalie released "Motherland" and has just wrapped up an almost year long tour. Though best known for her music, Natalie has volunteered as a children's arts and crafts teacher at numerous homeless shelters in Harlem, and has donated money for various women's and children's causes.

The year 2003 proved to be a great milestone for Natalie -- she turned forty, got married for the first time, and gave birth to her first child all in the same year. In the summer, she and her personal photographer-husband Daniel de la Calle and their daughter Lucia live in a small mountainside village outside Malaga in Southern Spain where her husband is from, winter is spent in Hawaii, and springtime is spent in Japan appreciating the blossoms in Kyoto - Merchant's "favorite city in the world". They spend the rest of the year in Upstate New York where Merchant grew up. 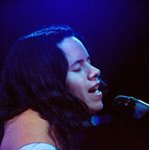 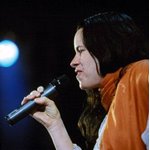 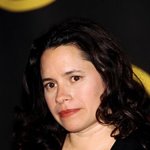