Born in Berlin, Kinski is the daughter of the late German actor Klaus Kinski from his marriage to actress Ruth Brigitte Tocki. Her parents divorced in 1968. Kinski rarely saw her father after the age of 10. Kinski and her mother struggled financially[1]. Eventually they ended up living in a commune in Munich.

Kinski's foray into the spotlight began in her native Germany where she started out as a model. At the age of 13, the German New Wave actress Lisa Kreuzer placed her in the role of the dumb Mignon in Wim Wenders' film The Wrong Move. In her mid-teens she starred in the British Hammer Film Productions' horror film To the Devil a Daughter (1976). Kinski has gained a certain notoriety through her nude appearances in these films whilst still a minor. This is linked to another controversy as to the exact year of her birth, which was apparently reported to the American authorities as 1959, though German records show that she was actually born in 1961. She has since stated that as a child she felt exploited by the industry and told a journalist from W Magazine, "If I had had somebody to protect me or if I had felt more secure about myself, I would not have accepted certain things. Nudity things. And inside it was just tearing me apart". [2].

At 16, Kinski began a romantic relationship with director Roman Polanski, who was 28 years her senior. Polanski urged her to study acting with Lee Strasberg in the U.S.A. and went on to cast her in his film, Tess. Shortly after this on-screen success, legendary photographer Richard Avedon photographed Kinski with a serpent coiled around her naked body. The poster of this photo contributed to Kinski's renown as a popular icon. In 1982 Kinski appeared as "Leila" the 'circus girl' in the Francis Ford Coppola/Dean Tavoularis collaboration One from the Heart and also in the movie Cat People, both successful cinematic offerings. Kinski returned to Europe where she continued acting but the films she made through the remainder of the 1980s failed to find an audience. Although critics praised her performance in Paris, Texas, the film was not widely released. Kinski's other movies release that year - Unfaithfully Yours (1984) opposite Dudley Moore and The Hotel New Hampshire (1984) opposite Jodie Foster and Rob Lowe - did poorly at the box office.

Kinski's luck turned in the 1990s when she appeared in films such as Terminal Velocity opposite Charlie Sheen and Mike Figgis' critically acclaimed One Night Stand. She continues to enjoy a busy, successful career in film and television.

In the mid-1980s Kinski met Egyptian film maker Ibrahim Moussa. They married on September 10, 1984. Their son Aljosha was born on June 29, 1984 as their first child. Their daughter Sonja Leila, now a model, was born on March 2, 1986. The marriage was formally dissolved by divorce in 1992. From 1991 until 1997 Kinski lived with music impresario Quincy Jones. On February 9, 1993 their daughter Kenya Julia Miambi Sara was born. 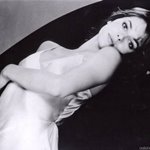 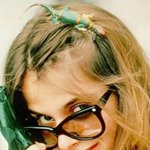 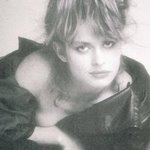 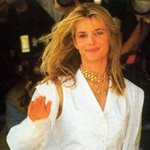 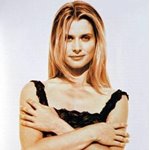 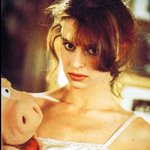