Na Li is a Chinese professional tennis player. Li has won 7 WTA and 19 ITF singles titles. Li won the 2011 French Open singles title, becoming the first player from Asia to win a Grand Slam in singles; she had already reached the final of the 2011 Australian Open, the first player from an Asian country to appear in a Grand Slam singles final. She was also the runner-up at the 2013 Australian Open, a two-time quarter-finalist at Wimbledon and a quarter-finalist at the 2009 US Open. Her career-high singles ranking is World No. 4 (achieved in June 2011) and she is currently the World No. 5 and Chinese No. 1 (out of 3 in the top-100).

Li turned professional in 1999, and that year won three of the very first four singles tournaments she entered on the ITF Circuit, two at Shenzhen and one at Westende, Belgium. She also won all of her first seven ITF doubles tournaments she entered. In 2000, she won a total of 52 singles matches on the ITF circuit, more than any other player, notching another eight tournament titles including one at $50,000 level, two at $25,000, and an unbroken run of four successive $10,000 tournament wins in March and April. In May 2004, Li returned to the competition after having not played since 2002. Although she was unranked, she won 26 successive matches to notch three further $25,000 tournament wins and another $50,000 title, increasing her career singles title count to 18, only to have her winning streak finally snapped by Evgenia Linetskaya in the semifinal of the $50,000 Bronx tournament that August. However, she won her 16th ITF doubles tournament at the same event, the 17th overall doubles title of her career. Li's first tournament of 2010 was the 2010 ASB Classic in Auckland, where she was seeded second. She was defeated by Kaia Kanepi in the first round. In the Medibank International, she defeated fourth seed Caroline Wozniacki but lost to Flavia Pennetta in the second round.

Li was seeded 16th at the 2010 Australian Open. She defeated world no. 4 Caroline Wozniacki in the fourth round and then came from a set and 3–5 down to defeat world no. 6 Venus Williams, in her first Australian Open quarterfinal and only her third Major quarterfinal. In the semifinals, she lost to Serena Williams in two highly competitive tiebreaks. As a result of this performance, Li was the first Chinese woman ever to be ranked in the top 10 of women's professional tennis. Li started her 2012 season in the 2012 Hopman Cup, where she won all three single rubbers against Marion Bartoli, Anabel Medina Garrigues and Jarmila Gajdosova.

Her match with Marion Bartoli was a seesaw battle in which saw Li come out as the winner in the final set, after recovering from a service break to close out the match. Li then faced Anabel Medina Garrigues in the next round, finally prevailing over the Spaniard in two sets. This was Li's first win over the Spaniard in four meetings (Li lost in all three previous meetings). The Chinese player's performance in the 2012 Hopman Cup also saw her return to her lethal form after being plagued by losses and early round exits in almost all her tournaments (except New Haven, where she was able to reach the semifinals) during the second half of 2011. 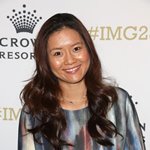 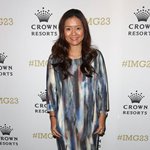 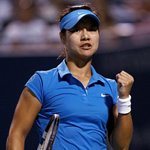 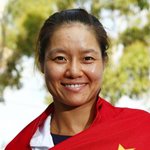 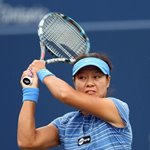 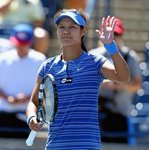 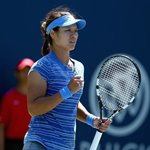 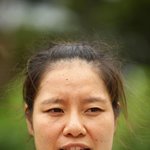 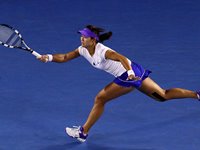 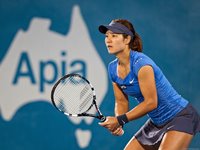 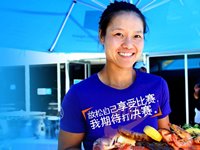 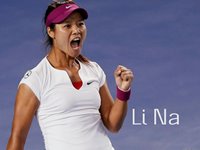 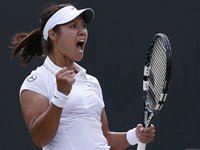