At fourteen years old Myles has already been acting for over half of his young life. In these few short years he has earned numerous film and substantial television credits along with awards for his efforts. He has appeared in Guest Staring roles for "ER" and "Popular", and as a special Guest Star on "Family Law" and Touched By An Angel. He is a series regular voice on the cartoon "Stuart Little" for HBO, "Recess" as T.J. on Disney and "Whatever Happened to Robot Jones" for Cartoon Network.

Myles finished filming in Australia a MOW for CBS titled "Code 11-14," which is a thriller. He also completed a feature in South Africa "Hoodlum and Son" along side Ted King, Ron Perlman and Robert Vaughn. Being in Africa was especially thrilling as a safari was in order after completion of filming where Myles got up close and personnel with a Rhino, Elephants and Lions!

One of his most memorable roles was playing John Travolta and Joan Allen's son in "Face/Off". Also working opposite Walter Matthau in "Odd Couple II" brought laughter to a small boy who asked "don't you read the script Walter?" and of course the reply was "No I make it up as I go along!"

His young fans seem to love him most for his endearing performance in two Disney Channel original movies "Stepsister From Planet Weird" and "Mom's Got A Date With A Vampire."

Along the way Myles has also shown his talent in many televisions series as a regular. His most recent was CBS's critically acclaimed "Early Edition" and earned him two Young Artists Award nominations and one award for Best supporting young actor in a TV Drama Series. You can also catch his award winning performance in the re-broadcast of "Early Edition" on PAX. He was also seen as a regular in the very popular and still rerunning "Beverly Hills 90210" as Hilary Swank's son Zach.

Myles is an active boy in sports as well as academic excellence. He enjoys football, wakeboarding, snowboarding, and roller hockey. As well as being involved with Model United Nations, Spanish Club and Didgeridoo Club and currently holding a 4.0. He has a Chesapeake Bay retriever "Lakota" and a pet tarantula, and a very large collection of rhinos. Myles enjoys traveling and was especially impressed with Australia and Africa's wildlife. He is very active in charity functions such as "Kids with A Cause," "Olive Crest" and also AIDS fundraising and education. Myles is a member of MENSA which consists of people from every walk of life whose IQ is in the top 2% of the population. What does he want to do when he grows up? "Well I'm already doing it now plus direct of course!" 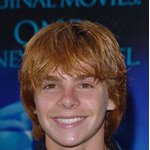