Pressel was born in Tampa, Florida, to Mike Pressel and Kathy Krickstein Pressel. She attended Banyan Creek Elementary School, Omni Middle School, and graduated in 2006 from the Saint Andrew's School in Boca Raton, a private school affiliated with the Episcopal Church.[1] She has stated that her Jewish faith plays a large role in her life. [2]

Her mother died of breast cancer in September 2003, after which Pressel moved in with her grandparents Shirley Krickstein and Dr. Herb Krickstein, a retired physician and pathologist who is her coach as well as her grandfather, while her two younger siblings stayed with their father. Pressel continues to live with her grandparents. They are the parents of former top-10 tennis player Aaron Krickstein, Pressel's uncle.[3] For the eldest Krickstein, this is the second time he has groomed a young athlete into a star. Aaron Krickstein holds the record for being the youngest player ever to win a men's professional title when he won a tournament in Tel Aviv in 1983. "My father is very understanding and patient in helping young athletes," said Aaron.[1] 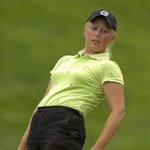 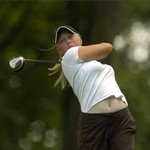 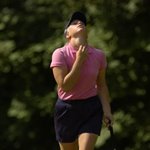 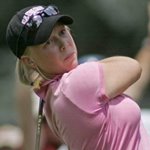