A leading actress of theatre, film and TV in the former Yugoslavia, Mira Furlan emigrated to the US with her husband Goran Gajic in November 1991, due to the intolerable political circumstances in her homeland. Ms. Furlan starred in the Warner Brothers TV-series Babylon 5 as Ambassador Delenn (Sci-Fi Universe Award for Best Supporting Actress in a Genre TV-series 1996 and 1997).

Her other American credits include the TV-movie My Antonia directed by J. Sargent, the title roles in Sophocles Antigone at the Hudson Guild Theatre in Los Angeles (Dramalogue Theatre Award for Outstanding Performance in 1995) and Lorca's Yerma at The Indiana Repertory Theatre. She also appeared in Brecht's Baal at The Second Stage in Los Angeles and Shaw's Don Juan In Hell in which she co-starred with Ed Asner and Rene Auberjonois. Ms. Furlan is a member of The Actor's Studio.

Ms. Furlan's film credits include leading roles in over 25 films. She co-starred in Emir Kusturica's Cannes award-winning and Oscar-nominated film When Father Was Away On Business. Films include: Three For Happiness, (Grand Prix, Valencia Film Festival), Beauty Of Vice, In The Jaws Of Life, The Loves Of Blanka Kolak, Dear Video etc. In addition, Ms Furlan has appeared regularly on Yugoslav Television, playing leading roles in numerous series and TV-films. She has received all the highest awards in her former country, both for her stage and film work, including two Golden Arenas (Yugoslav Oscars) for Best Actress.

In the former Yugoslavia Mira was a member of the Croatian National Theatre and a frequent guest star at major theatres in the whole country. Favorite roles include: Natalya in A Month In The Country Mrs Elliot in Alpha-Beta, Celimene in The Misanthrope, Judith in The Devil's Disciple, Annabella in Tis Pity She's A Whore, the title role in Euripides' Helen, Lea in Dybbuk, Isabelle in Corneille's L'Illusion Comique, Yvette in Mother Courage, Natasha in Three Sisters and Ophelia in Jiri Menzel's production of Hamlet 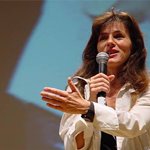 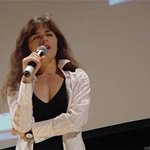 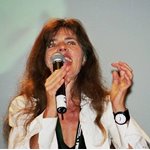 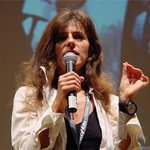