Born Miriam Gow to Frances and Peter Gow, Mimi Macpherson is the second of four children: Elle (34), Mimi (31), Brendan (26) and Elizabeth (15).She changed her name to Mimi after her mother's popular model sister, Mimi Dickson. The family later took the name of Frances's second husband, lawyer Neil Macpherson.Now dubbed "the princess of whales", Mimi started out in the whale-watching business scrubbing toilets as a crew member for Peter Gow's whale-watching boat when she was 21, and her business ideas sprang from there.
After the business she was working for went under, Mimi decided to set up her own whale-watching enterprise. With a boat named Matilda 2, she started Mimi Macpherson Whale Watch Expeditions.After winning a tourism award, she then chartered another two boats to cater for the demand.Last year Mimi renovated Matilda 2 and renamed it Discovery One. Her mother, Frances, has given up her job in marketing and advertising to work for Mimi in her office.Mimi has received five awards since starting the whale-watching business. She has been awarded three Fraser Coast tourism awards and a Queensland tourism award in 1996.In 1997 she received the Executive Woman of the Year Award from the Women's Network of Australia. She is particularly proud of this award as she was up against serious and well-known business women from all over Australia. Mimi has also been a presenter on the US-based Discovery Channel. Last year she was featured on the cover of Cosmopolitan magazine as one of the 30 most successful Australian businesswomen under the age of 30.Romantically, she has been linked with former federal minister Michael Lee, but for the past year and a half has been involved with ironman Guy Leech.
In her favourite room in her apartment, Mimi counts her wildlife paintings amongst some of her most prized possessions. Painted by a local artist and good friend, Chris Postle, they depict the natural beauty of the Hervey Bay area and portray images of whales, pelicans and other local wildlife.
Mimi's favourite teddy bear sits in her office. She calls it her Noosa bear as it reminds her of the time she has spent there with family and friends.Mimi's CD collection boasts titles by Tonic and Barry White. Although she has never bought a Skyhooks CD, the boys on her boat play Shirl's songs all the time.Favourite photos include one of the whole family, taken at the Batman premiere on the Gold Coast last year. Apparently it was the first time the family had been together in a long time.Another favourite is one taken of all three girls (Elle, Mimi, Elizabeth) when they were in New York last year, and another of her dad on Cronulla Beach, Sydney. 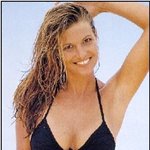 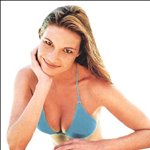 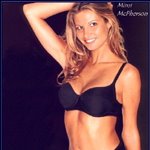 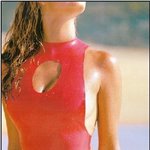 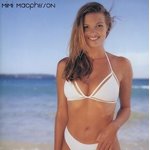 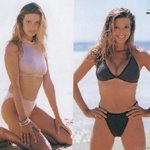 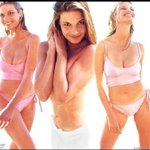 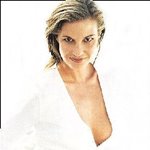 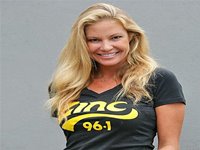 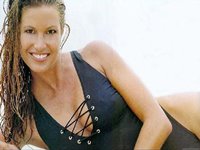