Michael Philip Jagger was born in Dartford, Kent on 26th July 1943. When he was 4 he met Keith Richards until they went into secondary schools and lost touch. But one day in 1960 they accidentally met on the Dartford train line and both realised that they had an interest in rock n roll combined with blues. Between 1960-1962 The Rolling Stones formed. It comprised of Mick on lead vocal and harmonica, Keith Richards on guitar, Bill Wyman on bass, Charlie Watts on drums and Brian Jones on guitar.

In 1964 they released their first album "The Rolling Stones". Eventually in 1965 they had their first number 1 hit in the UK with "The Last Time" which was followed by "I can't get no Satisfaction". Throughout 1966-1969 they toured the world with many great hits like "Let's Spend the night together" (1967) and "Sympathy for the Devil" (1968). But in 1968 Brian Jones committed suicide and Mick and Keith Richards were blamed for his death. But this fusion blew over and they got another guitarist to replace Brian in Mick Taylor. They released the album "Let it Bleed" (1969) with the track "Honky Tonk Woman". After they completed a North American tour Jagger finally went to star in Performance (1970) as the retired rock star Turner. The film was released in August 1970 with Mick starring opposite James Fox and Mick even had his first solo hit which was the soundtrack to the film "Memo from Turner".

In 1971 The Rolling Stones came back with the album "Sticky Fingers" which would be the most popular album they ever made. From this album there were songs like "Wild Horses" and "Brown Sugar" and were major hits all over the world. While this was happening Bianca Jagger gave birth to Jaggers daughter Jade Jagger. Throughout the 70s The Rolling Stones made thousands of live performances and achieved endless record sales with hits like "Angie" (1973), "It's Only Rock and Roll" (1974), "Hot Stuff" (1976) and "Respectable" (1978). In 1974 Ron Wood had replaced Mick Taylor on guitar and Keith Richards and Ron Wood both played lead guitar. In 1980 Jagger divorced Bianca Jagger and went on to record and release "Emotional Rescue" with The Rolling Stones and it was a platinum album. In 1981 "Tattoo You" was released and the group went on a major world tour, their first in three years, which filled stadiums in the US and arenas in Europe. After the tour ended in 1982 Jagger was starting to like other music. In 1983 The Rolling Stones recorded the album "Undercover" at the Compass Point in Nassau. But recording sessions didn't go well as during this time Mick and Keith Richard were having arguments about the kind of music the group should be playing. Even though the album was a success it seemed like The Rolling Stones were now going over the edge.

In May 1984 Mick recorded "State of Shock" with The Jacksons which led Mick wanting to try out a solo career. So in September he recorded his first solo album with guests like Pete Townshend and Jeff Beck. Shortly before the album was released The Rolling Stones decided to record their first album under a new Sony records contract. Keith Richards didn't approve of the solo efforts - he wanted Mick to stick to The Rolling Stones. In July 1985 Jagger made his first solo live appearance at the Live Aid benefit concert in Philadelphia. The Rolling Stones were going to perform but decided not to as things weren't going well for them at the time. During 1986 Mick worked on his second solo album "Primitive Cool" which he hoped would be a success but this was not to be. However, his 1988 tour proved to be a success, selling out in Japan.

But Mick excepted the fact that the only way to carry on with success was to get back with The Rolling Stones so in January 1989 he and Keith Richards reformed and they wrote songs for what was to be the "Steel Wheels" album. After the album was released The Rolling Stones went on a major worldwide tour with special concerts at London's Wembley Stadium. Sadly though in 1992 bassist of The Rolling Stones Bill Wyman announced his departure from the group which was to be the following year. Even though The Rolling Stones were upset to see him leave they accepted the fact that he'd been in there too long and they had to let go. Jagger released some more solo material during this time but it wasn't such a success. In 1994 The Rolling Stones released the album "Voodoo Lounge" and they went back on tour. The first The Rolling Stones project without Bill Wyman. The tour was the biggest tour in rock history raising over 300 million. As this tour was a success they returned yet again in 1997 with the "Bridges to Babylon" album and tour which lasted for two years which was combined with the "No Security" live album and tour. After the tour was finished Jagger's marriage was on the line as he had another child from a secret love affair. Soon after this was found out the marriage between him and Jerry Hall had ended. Since then Jagger's been a film producer and a solo artist. He has produced the film Enigma (2001) and has recorded his 2001 album "Goddess in the Doorway" - another commercial flop. But never fear because just recently the Stones announced a 40th Anniversary tour and that it will start in September, 2002. 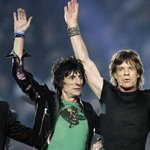 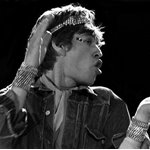 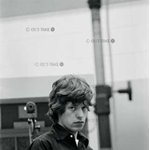 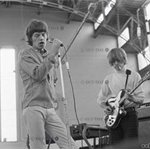 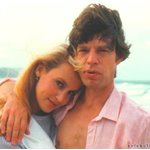 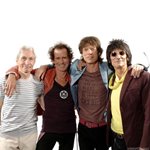 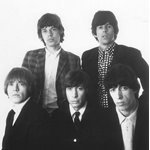 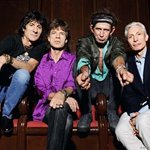 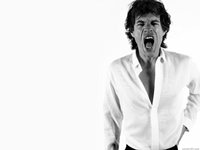 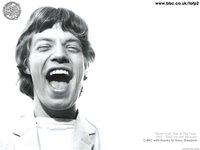