New Jersey-born Michael Pitt moved to the Big Apple at age 16 to become an actor. He began working as a bike messenger and lived in a one-bedroom apartment with nine others near the New York University recreation center.

The struggling actor made his TV acting debut on the ABC soap "All My Children" and landed his primetime debut as a guest on CBS’ "Dellaventura" in 1997. The following year, he made his feature acting debut in writer-director Roger Hedden's romantic comedy Hi-Life (starring Campbell Scott, Moira Kelly and Eric Stoltz) and had an unaccredited part as a dance student in writer-director Mark Christopher's historical drama 54 (starring Ryan Phillippe, Salma Hayek, Neve Campbell, Mike Myers and Sela Ward).

While making his off-Broadway debut in the Depression-era drama “The Trestle of Pope Lick Creek” at the New York Theatre Workshop, Pitt was spotted by a casting agent who recommended him for a role in The WB’s primetime teen drama series “Dawson's Creek.” In the show, he played the recurring role of Henry Parker (1999-2000), a freshman quarterback who was the boyfriend of Michelle Williams' Jen during the third season. Meanwhile, he also portrayed the titular role in the play "Birdy" at Duke University and was cast as a student in director Gus Van Sant’s 2000 movie, Finding Forrester, starring Sean Connery.

After leaving “Dawson's Creek,” Pitt appeared with Brenda Blethyn and James Coburn in Faye Dunaway's directorial debut, the 18-minute project adapted from Tennessee Williams' play, Yellow Bird (2001). That same year, he also co-starred as Tommy Speck/Tommy Gnosis, a shy and misunderstood teenager, in Hedwig and the Angry Inch, John Cameron Mitchell's film version of his own critically-acclaimed off-Broadway rock theater hit of the same name. Additionally, he played a supporting role as a stoner named Donny in Larry Clark's actual events-based movie about the murder of a Florida teenager named Bobby Kent, Bully (2001; with Brad Renfro, Nick Stahl and Bijou Phillips), which was also adapted from a book written by Jim Schutze.

“That was the first time I think I felt at home. I didn’t have to pretend. No one was going to judge and no one’s going to think I’m a freak. I can just work. For ‘Bully,’ they wouldn’t really see me, because I wasn’t on the list. So I went to Larry (Clark)’s house and I was like, ‘Read me. Read me.’ That was the part that I could get and I was lucky to get that. The part was actually smaller on the page, but he just let me riff.” Michael Pitt on filming Bully (2001)

After returning to stage in the 2002 Off-Broadway play "Monster," loosely based on Mary Shelley's "Frankenstein," Pitt played the lead in Barbet Schroeder's action/psychological thriller film Murder by Numbers (also starring Sandra Bullock). In the film, which was loosely based on the Leopold and Loeb case, the Columbine High School massacre and the Dartmouth Murders, Pitt teamed with Ryan Gosling playing two brilliant young men who want to commit the perfect murder.

“I was nervous for the sex scenes. It's tough for an American actor, because it can be looked upon very badly. It's a serious risk to take in your career. It's risky with the studios and with the American public. It's looked down upon in American culture at a serious level. It could be perceived not as work but as pornography. Every time I was nervous about it, I would remind myself that possibly I was going to be a part of something that was going to change those attitudes. I don't agree with those values at all. It's totally fine showing someone getting their head blown off in America and you can't show the human body. I think that shows something about the culture.” Michael Pitt on The Dreamers (2003).

The following year, Pitt starred as Matthew, a young American exchange student in Paris who becomes friends with two French siblings (played by Eva Green and Louis Garrel), in The Dreamers. The English/French drama film was set against the background of the '68 Paris student riots and was directed by Bernardo Bertolucci. It was also based on Gilbert Adair's novel "The Holy Innocents."

“It was intense. It was a lot of things. Here was this director that is revered and I’m starring in it. I was in Europe, alone for three months, and I was the only American. I feel like the relationship between actor and director is maybe different in Europe, but that’s probably not true. There was this thing where it was like, ‘You’re the actor and I’m the director.’ At first, me and Bertolucci were very much going head to head. Part of it was because he wasn’t used to me trying to be so involved and part of it was me not knowing how to present things. But once we got that figured out, it was amazing.” Michael Pitt on working with The Dreamers director Bernardo Bertolucci

“Originally, Gus (Van Sant) had a couple of other people in mind. He was in between projects. He always has like five or six ideas he’s always talking about, and then he just mentioned this one day. I got really animated and was like, ‘You have to make this film,’ and he was like, ‘I was actually thinking about you as the main character.’ I really didn’t believe him at the time. I thought he was cool, but I thought he was a little misguided because I was a big fan and I had lot of respect for him.” Michael Pitt on getting the lead role in Last Days (2005)

Afterward, Pitt starred as a reclusive young man who gains comfort from movies and his vivid imagination in writer-director Aaron Woodley's fantastical coming-of-age film, Rhinoceros Eyes (2003). He then co-starred as Buddy, the slow-witted friend of Asia Argento's son, in The Heart Is Deceitful Above All Things, based on JT Leroy's critically acclaimed novel of the same name. He followed it up with another lead role in Julian Goldberger's take on Harry Crews' southern-themed novel, The Hawk is Dying (2006).

Pitt’s latest film, Delirious, an offbeat drama written and helmed by Tom DiCillo in which he co-stars opposite Steve Buscemi, will premiere at the San Francisco International Film Festival in May 2007. He also has completed Francois Girard's film adaptation of Italian author Alessandro Baricco's novel, Silk, in which he starred as Hervé Joncour, a silkworm merchant-turned-smuggler in 19th century France. He stars opposite Keira Knightley who plays his loyal and doting wife. The film will be screened at the Cannes Film Festival in 2007.

Pitt is currently on set and will soon wrap up Michael Haneke's English remake of the 1997 Austrian home invasion thriller, Funny Games. In the film, scheduled for a 2007 release, Pitt will team up with Brady Corbet to portray two malevolent young men who take a family hostage in their cabin, opposite Naomi Watts and Tim Roth. Pitt is also set to star in Abel Ferrara's crime drama film inspired by Giuseppe Farrandino's novel, Pericle.

"I like smaller movies, because they let you exist on a more realistic level with people. It's less about punching into work and punching out and you're not in a product that has to be accepted by the masses. But, that being said, I want to work on good movies. If that means it's a huge studio film, then I'd still want to be in it." Michael Pitt

Besides acting, Pitt, who likes the music of David Bowie, Iggy Pop & The Stooges, Pixies, Operation Ivy, Sonic Youth, The Ramones, The Sex Pistols and The White Stripes, also plays guitar and sings in the band Pagoda. The band released a self-titled debut album under Universal/Fontana/Ecstatic Peace. Pitt also appeared with then-girlfriend Alexis Dziena in the 2002 video for Joey Ramone cover of “What A Wonderful World.” 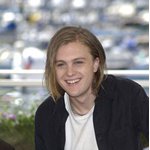 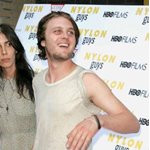 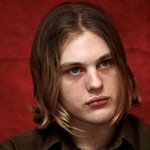 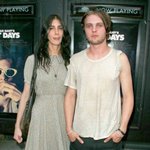 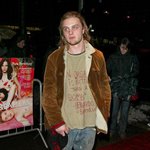 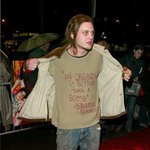 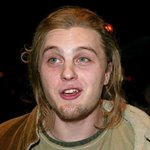 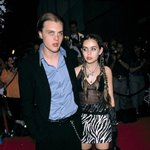