Michael Douglas is one of the few actors who actually appears to be a walking paradox. A household name, an estimated worth of over $200 million, a father (Kirk Douglas) who was one of the world's biggest film stars in the 1950s and 1960s, and a wife whose father is younger than he is, Douglas has indeed gained fame and acclaim. His parents (Kirk and wife Diana Douglas) parents divorced when he was six, and he went to live with his mother and her new husband.

Only seeing Kirk on holidays, Michael attended Eaglebrook school in Deerfield, Massachusetts, where he was about a year younger than all of his classmates. Deciding he wanted to be an actor in his teenage years, Michael often asked his father about getting a "foot in the door". Kirk was strongly opposed to Michael pursuing an acting career, saying that it was an industry with many downs and few ups, and that he wanted all four of his sons to stay out of it. Michael, however, was persistent. When he started his career in the early 1970s people were all too ready to tag him as "the next Kirk Douglas". He defied all those critics by accepting sensitive, quiet, hippie-type roles, a far cry from the macho, leading-man, all-American hero parts that his father was most famous for. It didn't earn Michael much credibility, but it earned him his own identity.

His first real break came on the TV series "The Streets of San Francisco" (1972) opposite screen veteran Karl Malden. Michael gained quite a following on this show, and left it to produce One Flew Over the Cuckoo's Nest (1975). His own life was never brilliant either. He had dreams of acting alongside brother Joel Douglas, the one brother out of his three to which he was closest (he would only see Peter Douglas and the late Eric Douglas when he visited his father), but Joel wanted no part of the acting his family was famous for. Michael married the young Diandra Douglas (b. Diane Luker in 1958) in 1977, and they had one son together, Cameron. The marriage failed, as Diandra claimed that she was sick of his womanizing, absenteeism, and not being "a proper father to Cameron".

In the 1980s Michael tried his hand at comedies, the most successful being Romancing the Stone (1984), its sequel The Jewel of the Nile (1985), and The War of the Roses (1989), in which he co-starred with Danny DeVito and Kathleen Turner. It was in the 1990s, though, in which he gained the most notorious aspects of his reputation. He starred in Basic Instinct (1992), a thriller, heavy on sex and violence, that was a worldwide hit. Having played a similar role in Fatal Attraction (1987), it did indeed appear that he was being typecast in "man against woman" type roles, and pictures like Disclosure (1994) did nothing to dissuade that opinion. He finally tried to break away from this image with The American President (1995) and The Ghost and the Darkness (1996), yet when he started dating Catherine Zeta-Jones, 25 years his junior, this image continued, even after their marriage.

After two children with Jones, Michael is trying to settle down to become a more "family-oriented" actor. The comedy Wonder Boys (2000) and the Douglas-clan movie It Runs in the Family (2003) were only minor hits, and it appears Michael is again looking for a career change. Trying his hand now at light-hearted comedies, like the re-make of The In-Laws (2003/I), he hopes to break away from his past reputation. 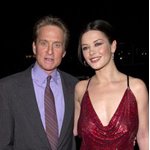 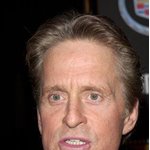 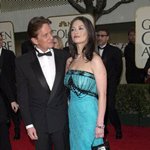 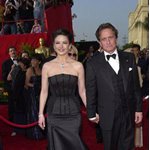 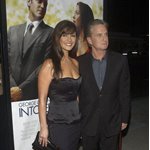 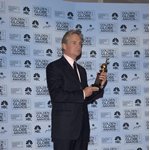 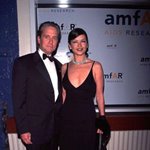