A talented entertainer and triple threat who can act, sing and dance, Mayte Garcia has found success recently on all fronts. Mayte will be seen on April 4th in her first studio feature film, New Regency's "Firehouse Dog," and is currently shooting the independent feature LIFE IS HOT IN CRACKTOWN, opposite Victor Rasuk, Brandon Routh and Kerry Washington. Earlier this year, she completed shooting on her first starring role, EGO, for director Antonoio Macia, which she stars in opposite Eve and Vincent Laresca. Nick Cassavettes is executive producing the film.

On the television side, Mayte has appeared on USA's "Psych," NBC's "Las Vegas" as well as the season finale for the TNT show "The Closer," and on an episode of the FX hit show "Nip Tuck." She recently wrapped a yet-to-be-titled pilot for ABC opposite Michael Vartan, Dylan McDermott, and Nia Long.

Her recent success is evidenced by a drive and work ethic that goes all the way back to her childhood. Born in Alabama to parents of Puerto Rican descent, Mayte grew up all over the United States and in Germany (due to her father's career in the military), and spent her summers in Puerto Rico with her extended family. A dancer from when she was basically out of the womb, Mayte began classical ballet and belly dancing at the age of just three years old. Inspired by her mother who was a professional belly dancer, Mayte became the world's youngest professional belly dancer at the tender age of 8. She was even featured on the popular show, "That's Incredible."

Expanding her repertoire to include tap, jazz, modern, flamenco, and hip-hop, Mayte has appeared as a featured dancer all over the world. Moving from city to city and country to country was normal for Mayte whose father was active in the Army. At the age of 16, she performed as a ballerina with the Hessiches Staats Theatre in Germany where she lived for seven years. In addition to her dancing, Mayte began taking voice lessons and even recorded a single which was released commercially in Germany. But it was a long-shot idea of her mother's that would thrust her from the ballet into the spotlight.

While still in Germany, Mayte went to a Prince concert with her family. At the concert, her mother and father noticed that his song "Thunder" had a very Arabic vibe to it... Mayte's mother told her to send Prince a tape of her belly dancing to his song to show him her talents. Although she laughed off her mother's suggestion, she eventually obliged. At another Prince concert just a week later, Mayte's mother convinced some members of the New Power Generation (NPG) to give the video to Prince. Ten minutes later, Mayte was asked backstage by Prince, and for two years, they kept in touch. She would send him videos of her dancing, and he would send her his music.

Finally, when Mayte turned 18, Prince asked her to be a part of the NPG. From 1992 to 1996, she was a featured dancer and background singer with Prince and the NPG. As such, she appeared in several music videos, as well as performing on tours, award shows, national and international television shows, and more. While still working with Prince, Mayte recorded and released her debut album "Child of the Sun," with the first single "If I Love You 2Night." Released in Europe, the album charted and the video was in rotation on MTV Europe as well as on VH1 in the States. She also contributed as a songwriter and singer to various Prince and NPG albums, and even began directing some of his tours and videos.

In 1997, Mayte directed the "Around the World in A Day" tour with the NPG dance company. Showcasing a broad range of dance forms and styles, the show received rave reviews, but was unfortunately cut short due to troubles in marketing and promotion. But Mayte's taste for directing continued, where she helmed the video for her second single, as well creating clips for artists like Chaka Khan, Graham Central Station, and the NPG single "The One," in which she also starred.

In 2001, Mayte also taught Britney Spears some bellydancing moves for her 2001 performance on the MTV Video Music Awards and for the hot and much-talked about video for the song "I'm A Slave 4 U." She was also featured as the model in the 2004 Bed Head print and commercial campaigns for their popular hair care and make-up products.

Although directing and recording a new album are still aspirations for this young Puerto Rican sensation, Mayte currently has her sights set on acting. She has studied with Lisa Robertson, Lesly Khan and Ivana Chubbuck. 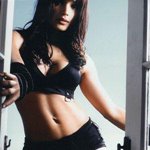 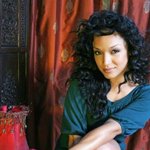 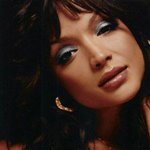 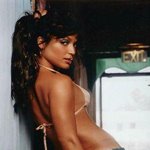 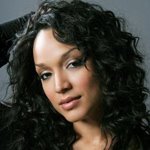 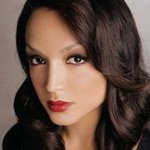 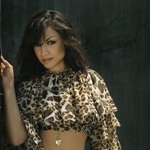 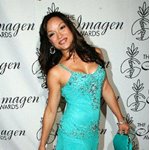