Now living in New York, this English singer/songwriter has been compared to the likes of George Michael and Stevie Wonder and is Universal Records?priori ty for the millennium with his album set to be released in early 2000. Goss has been collaborating with such established writers/producers as Rodney Jerkins (Michael Jackson, Jennifer Lopez), Carol Bayer Sager (Elton John, Celine Dion) and Tommy Sims (Eric Clapton, Garth Brooks). In addition, his song Lucky Day (click on the title to hear the RealAudio clip - you will need RealPlayer 5.0 or higher) has been featured in the Motown Records?soundtrack for the animated Sony feature film, ?Stuart Little?

Prior to being signed to Universal Records for the world, Goss enjoyed more than a decade of success as lead singer for BROS. Their debut album, ?Push?sold 300,00 copies within its first week of release and in excess of 5 million, worldwide. Over their six year career, BROS recorded three successful albums, including thirteen Top5 singles and selling 17 million records, worldwide. Over the course of two global tours, Matt headlined the world?s most prestigious venues including the Sydney Entertainment Center, Tokyo?s Buddha Khan, The Royal Albert Hall (receiving the Brit Award for ?Best Newcomers?of the year), ten consecutive nights at London?s Wembley Arena and his farewell, soldout performance at London?s Wembley Stadium to 70,000 fans.

Most recently, Matt Goss launched the new year with his American stage debut at Carnegie Hall on January 11th, all part of a benefit concert, ?Sounds Of A Better World, Small Voices Calling? a charity event for children. His much anticipated album, while currently in production, is expected to be released this summer. 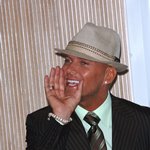 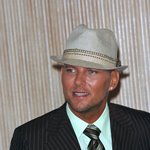