As one of the most provocative young directors in France, Mathieu Kassovitz has made a name for himself directing films notable for both the inflammatory subjects they explore and the degree of controversy they incite. Kassovitz's most celebrated feature, 1995's La Haine (Hate in the U.S.), generated both critical exaltation and a burst of resentful recognition for its portrayal of racial tensions in Paris. The violence of this film was magnified in Kassovitz's Assassins, a 1997 film that provoked both raves and rants for its unflinchingly graphic content.

Born in Paris on April 3, 1967, Kassovitz seemed destined for some sort of film career. The son of director Peter Kassovitz, Mathieu made his film debut in his father's Au Bout du Bout au Banc in 1981. The same year, he appeared in L'Année Prochaine....Si Tout Va Bien with Isabelle Adjani. Kassovitz made his directorial debut ten years later, with Cauchemar Blanc, but it was his 1993 Metisse (also known as Café au Lait) that first got him substantial attention. He also had a starring role in the film, which was notable for its poignant yet comic exploration of Parisian race relations, an exploration that would later be more brutally manifested in La Haine. Kassovitz subsequently ventured out as an actor in the 1994 documentary 3000 Scenarios Contre un Virus. The documentary, which was inspired by 3,000 ideas of French school children, consisted of 30 short films about the AIDS virus. It was a remarkable effort, one that Kassovitz followed with another acting turn in Regarde les Hommes Tomber in 1994. The film was a critical success and the adulation it received proved to be good preparation for Kassovitz's next project, La Haine (1995). The film was widely hailed as a masterpiece, winning a number of awards including a Best Director Award at Cannes and three French Academy of Cinema Awards, including Best Film.

Kassovitz then turned to lighter but no less intriguing fare, with the leading role in Un Hero Très Discret (1996). As a dim but sweet wannabe war hero, Kassovitz reminded audiences of the sunnier side of his persona that had previously been displayed in films such as Café au Lait. This aspect of his persona was again evident in his next role in Mon Homme (1996), a comedy that reunited him with Discret co-star Anouk Grinberg. However, Kassovitz soon resumed his role as a director unwilling to back away from the more violent side of human nature, with Assassins, released in 1997. Starring Michel Serrault as a retired assassin, the film, which also featured Kassovitz as Serrault's protégé, created a sizable amount of controversy due to the horrific violence it portrayed. Despite such controversy, the film also won critical acclaim, further establishing his favorable reputation. The same year, Kassovitz had a minor role in Luc Besson's The Fifth Element, and then in 1998, starred with frequent collaborator Vincent Cassel in Le Plaisir. As someone equally comfortable in front of and behind the camera, Kassovitz seemed to have a long and plentiful career ahead of him, or at least a legacy as one of the most vital members of the French film industry of the '90s.

Eschewing the lens in favor of the director's chair for the 2000 thriller Crimson Rivers, Kassovitz teamed with French stars Jean Reno and Vincent Cassel for the tale of a pair of detectives investigating a gruesome series of murders committed on the campus of a remote mountain college. A visually stylish adaptation of Jean-Christophe Grange's popular novel, the film performed well at the French box office and was nominated for five César Awards. Though mainstream American audiences may have been more familiar with the popular actor/director due to his charming performance as Nino in the art-house hit Amélie (2001), Crimson Rivers proved that as a director Kassovitz still had what it took to make viewer's skin crawl. In 2002, Kassovitz was back in front of the cameras for Asterix and Obelix Meet Cleopatra, and his role as a priest in director Costa-Gavras' controversial drama Amen found the part-time actor nominated for a Best Actor César. The very next year, Kassovitz directed his first English- language film, the Halle Berry thriller Gothika. 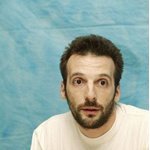 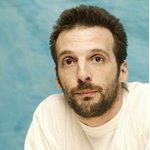