Mary continued in Florida with the dance lessons she had started taking in Cleveland, and was a straight-A student in school. Her stage debut occurred at 12 years of age when she performed "The Nutcracker" with the Miami City Ballet, and she was bitten hard by the performing bug. Her dancing skills were honed by attendance at a prestigious dance school, and she was being offered dance scholarships from many different institutions. Then, at age 16, her grandfather developed lung cancer and died within a few months. Her grandmother's Parkinson's Disease worsened, and on top of that her body began to develop and she no longer had the thin, flat-chested body considered desirable for a ballerina. She was told to lose weight and get a breast reduction, but instead decided to leave ballet altogether and tried out for and won a place on the dance team at Florida State University, where she was enrolled. In the meantime her grandmother's health deteriorated even further, and soon their financial situation became precarious. In order to keep their head above water, Mary looked around for a job that could pay the kind of money they needed, and found a job as a model on an adult Internet site. From there she landed a job as a stripper. She saw that the strippers who commanded the big money were the featured girls, and an agent told her that the best way to become a featured stripper was to get a following doing porn. She traveled to Los Angeles and made the rounds of the adult-film producers and studios, eventually landing a job with Playboy TV.

Just prior to the recall campaign against California Governor Gray Davis, Mary signed a contract with Kick Ass Pictures, and as a publicity gag they came up with the idea that Mary should enter the field of a dozen or so candidates trying to replace Davis, so she soon publicly declared her intention to run for governor. The stunt worked out far better than they had hoped for, as Mary's bubbly personality and sense of humor about herself, her profession and the campaign itself - not to mention her beauty and spectacular body - endeared her to the California public. Although some political pundits wrote her off as a joke, her "campaign" received extensive coverage in the statewide media and she drew enthusiastic crowds at her appearances. Although she didn't win the election, she did manage to garner more than 11,000 votes. After the election Mary continued to turn out videos, which continue to sell well, and she is, besides Jenna Jameson, one of the porn stars most recognized by the general public. 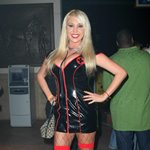 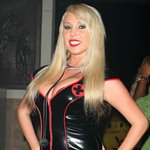 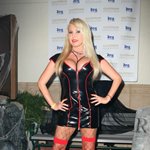 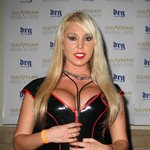 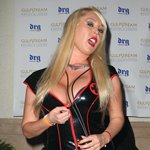 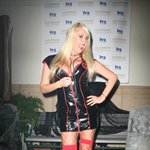 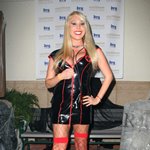 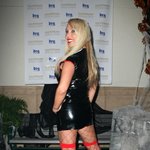