Making stand-up comedy his first step toward international success, Martin Lawrence told jokes in the Washington circuit before moving to Washington Square Park in NY. He won the first round of the “Star Search” competition in 1987, but lost in the final round. Fortunately, his performance in the competition was noticed by Columbia Pictures, which offered him a deal to play a recurring part as smart-mouthed busboy Maurice Warfield in the last season of the sitcom “What’s Happening Now!” (1987-1988). In 1989, Lawrence was seen in the roles of Sydney Masterson in A Little Bit Strange (TV) and Cee in Do the Right Thing.

Following the role of Bilal in House Party (1990) and House Party 2 (1991), Lawrence’s name blasted off when HBO developed a sitcom for him titled “Martin” (1992-1997). In the series, Lawrence, who was also the creator and executive producer, initially starred as Martin Payne. In the course of the show, he created other characters for himself to play, like Edna ‘Mama’ Payne, Sheneneh, Jenkins, Roscoe, Jerome, Elroy, Bob, King Beef and many more. Lawrence won two Image awards for Outstanding Lead Actor in a Comedy Series, as well as an Image and two Kids’ Choice nominations. For his witty acting, he was handed a ShoWest for Male Star of Tomorrow.

While working on his sitcom, Lawrence also hosted an HBO comedy series called “Russell Simmons’ Def Comedy Jam” (1992). He also released a concert album titled Talkin’ Shit (1993) and a concert film named You So Crazy (1994, also wrote), both of which were his recorded stand-up acts. In the latter project, Lawrence served as the executive producer and writer (unaccredited), as well. However, due to its NC-17 rating, many theaters refused to screen You So Crazy. Still in 1994, he hosted an episode of “Saturday Night Live,” in which some of his remarks banned him from NBC.

Lawrence took the MTV Movie-nominated role of Detective Marcus Burnett, opposite Will Smith, in Michael Bay’s feature directorial debut Bad Boys (1995), before having his first directorial attempt in A Thin Line Between Love and Hate (1996). Besides starring in the dramatic comedy, the comedian also executive produced, wrote the screenplay and the story, and supervised the music. The movie was not well-received. Soon after costarring with Tim Robbins in Nothing to Lose (1997), he gave a fine portrayal of prisoner Claude Banks in Life (1999, opposite Eddie Murphy) and received a Blockbuster Entertainment nomination.

He was then seen as FBI undercover agent Malcolm Turner in Big Momma’s House (2000, also executive produced). Here, Lawrence’s fine turn earned a Blockbuster Entertainment, a Kids’ Choice, a Teen Choice and a MTV Movie nomination. The next year, he executive produced two films, Black Knight (2001) and What’s the Worst That Could Happen (2001, costarred alongside Danny DeVito).

The comedian returned to stand-up comedy and recorded his live performance at the Constitutional Hall in Washington, D.C. for a concert film titled Martin Lawrence Live: Runteldat (2002, also credited as the writer). After reprising his role of Detective Marcus Burnett in Bad Boys 2 (2003, brought an MTV Movie nomination), Lawrence executive produced and starred as coach Roy McCormick/Preacher Don in the family comedy Rebound (2005).

The recipient of the 2005 BET Comedy for Icon Comedy, the actor recently returned to his role of FBI agent Malcolm Turner in his self-produced Big Momma’s House 2 (2006). Lawrence will provide his voice for Boog in the animated comedy Open Season (2006), for director Roger Allers and Jill Culton. He is also set to take part in the adventure comedy Wild Hogs (2007), along with big names like Tim Allen, William H. Macy and John Travolta. 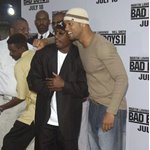 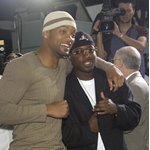 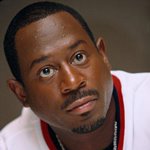 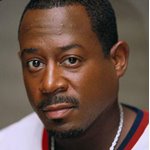 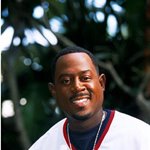 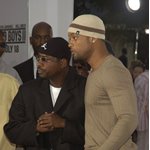