Following his relocation to New York in 1983, Martin Donovan worked with the Cucuracha Theatre before eventually making his entrance to the small screen with a guest appearance as Jeff Newman in the short-lived soap opera “King’s Crossing” (1982). Donovan was then seen in Rick King’s dramatic movie Hard Choices (1985), as Josh.

After playing Detective Rogen in the TV drama At Mother’s Request (1987), Donovan worked with indie director Hal Hartley in the drama comedy Trust (1990), where he costarred as idealistic Matthew Slaughter, opposite Adrienne Shelly. The second Donovan-Hartley alliance was in the drama comedy about a relationship between a professor (played by Donovan) and his student, Surviving Desire (1991). A year later, he was seen in the high-profile biopic Malcolm X (1992, appeared as an FBI Agent).

Subsequent to Hartley’s short film Flirt (1993, starred as Walter), Donovan pulled in public attention with his fine performance as Thomas Ludens, an amnesiac pornographer, in Hartley’s acclaimed comedy thriller Amateur (1994), in which the actor received a Chlotrudis award nomination for Best Actor. He next followed the modest victory with the role of Walter in Hartley’s experimental drama Flirt (1995).

Donovan’s breakthrough came a year later through the supporting role of the invalid Ralph Touchett in the Jane Campion-directed drama The Portrait of a Lady (1996), adapted from Henry James’ novel. Before long, the actor won a National Society of Film Critics award (tied with Tony Shalhoub for Big Night, 1996) and earned his second Chlotrudis nomination. It led to his appearance as Paul Garrison in the TV drama thriller Night Sins (1997), homosexual Bill Truitt in The Opposite of Sex (1998, opposite Christina Ricci), anthropologist Dr. Phillip Spence in the pre-WWII set In a Savage Land (1999) and Tom Buchanan in the TV adaptation of F. Scott Fitzgerald’s novel, The Great Gatsby (2000).

The next year, Donovan took on his first regular role in a TV series in the dark drama series “Pasadena” (2001). The actor, however, did not fare as well in the little-seen romantic comedy Pipe Dream (2002, as David Kulovic) and the underrated Agent Cody Banks (2003).

Returning to TV, Donovan acted with Cliff Curtis, Balthazar Getty and Mary McCormack in the three-part miniseries “Traffic” (2004, as Brent Delaney) and carried out the recurring role of Malcolm Janus in “The Dead Zone” (2005), from the Stephen King’s novel. Also in 2005, the performer joined the cast of the black comedy series about a mother-turned-cannabis-dealer titled “Weeds” (2005-2006), playing DEA officer Peter Scottson. In 2007, Donovan will appear on the silver screen in a cameo role for director Gregory Jacobs’ horror thriller Wind Chill. 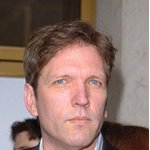 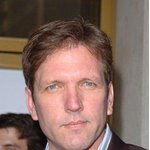