Prior to joining the Pretenders, Chambers played with James Honeyman-Scott in Cheeks, a band led by former Mott the Hoople keyboardist, Verden Allen. At the time Chambers joined the Pretenders in 1978, he was working as a driving instructor in Tufnell Park, London, England, UK and he replaced Jerry Mackleduff on drums (Uncut, 1999). At Chambers's first rehearsal with the group, Hynde recalled "We plugged in and started playing "Precious", and I remember clearly, I had to turn around and face the wall, I was laughing so hard, because as soon as Martin started playing with us, I knew this was it. We had the band." (Uncut, 1999). Martin also recalled the rehearsal "We knew it straight away. We just locked in." (Rhino Entertainment Company, 2006).

Chambers proved to be a versatile drummer within the group, with a hard-hitting style that is evident on songs such as "Middle of the Road". Guitarist Adam Seymour has acknowledged that "there's a definite thing going on in the rhythm between Chrissie's guitar and Martin's drums that you would need a scientific equation to explain. Martin kind of pulls back on the beat while Chrissie's pushing it forward." (Rhino Entertainment Company, 2006).

Chambers first tenure with the group lasted from mid 1978 until the mid 1980s. Coping with the death of fellow bandmates Honeyman-Scott and Farndon proved difficult, and his consequent lack of enthusiasm resulted in his departure from the group during the Get Close sessions. According to Hynde, "I felt his playing had deteriorated. I think he was still very traumatized by [the loss of] Pete and Jimmy." (Uncut, 1999) Martin concurred, admitting "I wasn't really into it to be honest."

Chambers rejoined the group in 1994 during the sessions for Last of the Independents, and has been with the group ever since (Uncut, 1999). When he rejoined, Seymour recalled "When Martin sat down, it began to feel like a real band." Martin summed up his reunion with the group, saying "at the end of the day [Chrissie] asked me back because no one could make it work quite like we did." (Rhino Entertainment Company, 2006).

In addition to playing with the Pretenders, Chambers also plays in the band 'Miss World' fronted by songwriter Johnathon Perkins, who had worked with artists such as Little Richard and Keith Richards. 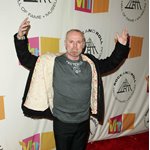 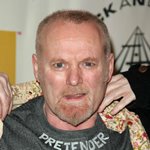 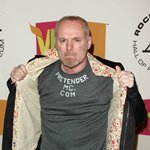 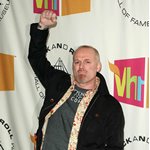