She has show biz in her blood. Martha Plimpton was born November 16, 1970, in New York City to two actors: Keith Carradine and Shelley Plimpton. Martha began her career at age 8, when her mom had a friend of hers, composer Elizabeth Swados, enroll her in an actors' workshop. At age 10, she got a small part in Rollover (1981), and also made a series of Calvin Klein commercials.

Her first substantial film role was as a tomboy in The River Rat (1984); the following year, Steven Spielberg cast her in The Goonies (1985). Martha met River Phoenix while they were both filming The Mosquito Coast (1986), but since she was only 15 at the time, she did not go out with him. Even though she had a small part in the movie, it established her as a serious actress. Martha appeared in movies such as the screwball comedy Stars and Bars (1988) and, that same year, she was paired again with Phoenix in Running on Empty (1988). They dated for a while and then broke up. For a while, she was engaged to actor Jon Patrick Walker.

As if making movies didn't keep her busy enough, Martha frequently worked at theaters and made her Chicago debut with the Steppenwolf Theatre Company Ensemble in "The Libertine" in 1996. As a member of that ensemble, she received a National Medal of Arts award in the autumn of 1998. As for movies, Colin Fitz (1997) and Eye of God (1997) in which she plays the starring role, have been run at the Sundance Film Festival. Although some recent movies have had low box office (Pecker (1998) $2.1 million, and 200 Cigarettes (1999) $6.8 million), Martha's performances shine and she often rises above her material.

Perhaps recalling how important acting lessons were to her as a child, she donates her time and efforts to the "52nd Street Project" which is a not-for-profit organization dedicated to matching the inner-city children with professional theater artists to create original theater, by writing, directing and performing their own plays. Perhaps one of the inner-city kids she is coaching will be the next famous actress in Hollywood. 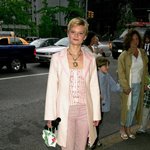 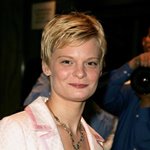 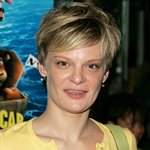 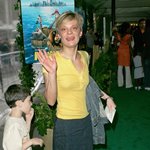