MARK ADDY received wide acclaim for his portrayal of Dave, the ex-steelworker, in the Oscar® -nominated Best Picture The Full Monty.

Addy was born and currently resides in the city of York in Northern England. He started working at the age of 15, as a stagehand at the York Theatre Royal. Addy trained at the Royal Academy of Dramatic Art in London and has worked extensively in theatres throughout England including the Hull Truck Theatre Company and Royal National Theatre with such directors as Richard Eyre, Howard Davies, Nick Hytner, Alan Ayckboum, John Godber and Jude Kelly.

His television credits include a number of British television series, including: The Rita, A Very Peculiar Practice, Between the Lines, Band of Gold, The Heart Surgeon, Heart Beat, Peak Practice, Sunnyside Farm, the BBC comedy The Thin Blue Line with Rowan Atkinson (Mr. Bean) and the forthcoming sitcom Too Much Sun.

Other feature credits include Jack Frost with Michael Keaton and the independent films The Last Yellow and The Announcement. Addy recently completed production on the Weitz brothers new movie I Was Made To Love Her, and looks forward to starting work on A Knight's Tale which will shoot in the Czech Republic. 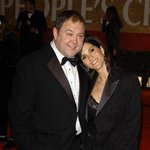