She lunched with Hughes, who gave her a bit-part in Jet Pilot at RKO, which was her motion picture debut. Her line of dialogue consisted of one word, "Look!" Though production of the movie was in 1949 and 1950, it was not released until 1957. The following year, 1951, she posed for famous pin-up girl artist Alberto Vargas, the painter of the glamorous "Varga Girls." His painting of Van Doren was on the July cover of Esquire.

She was briefly married at seventeen, when she and first husband, Jack Newman, eloped to Santa Barbara. The marriage dissolved quickly, upon discovery of his abusive nature.

She did a few more bit parts in movies at RKO, including His Kind of Woman (1951) starring Robert Mitchum, Jane Russell and Vincent Price. About her appearance in that one, Van Doren has said, "If you blinked you would miss me. I look barely old enough to drive."

She then began working on the stage. She was a showgirl in New York in Monte Proser's nightclub version of Billion Dollar Baby. Songwriter Jimmy McHugh discovered her for his musicals, then decided she was too good for the chorus line and should have dramatic training. She studied with Ben Bard and Bliss-Hayden. While appearing in the role of Marie in a showcase production of Come Back, Little Sheba, she was seen by Phil Benjamin, a casting director at Universal International. 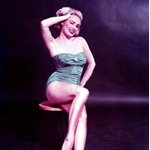 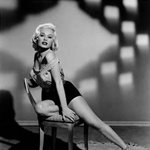 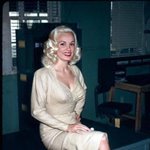 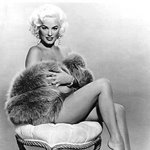 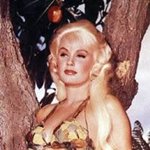 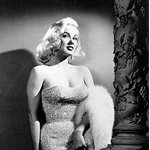 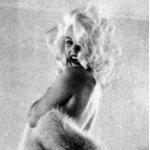 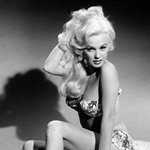