Earvin "Magic" Johnson, Jr. (born August 14, 1959 in Lansing, Michigan) is a retired American National Basketball Association (NBA) basketball player for the Los Angeles Lakers. Before joining the NBA, the 6 ft 9 in (2.06 m) point guard enjoyed success in NCAA college winning the title in 1979 with Michigan State University. With the Lakers, the 6'9", 225 pound Johnson established a successful career as he won five NBA championships, played in nine NBA Finals series, and was elected three times for both NBA Finals Most Valuable Player and NBA Most Valuable Player. Johnson also played in 12 All-Star games and was voted into 10 All-NBA First and Second Teams, and led the league in regular season assists four times.

Johnson is acknowledged as one of the most popular NBA basketball players of all time, being well-known for his uncanny passing and dribbling skills, and for his cheerful nature on and off the court. His fierce, but friendly rivalry with Boston Celtics forward Larry Bird rejuvenated the NBA and ushered in the era of multi-million-dollar salaries and endorsement deals. He was also a member of the Dream Team U.S. basketball team which won the Olympic gold medal in 1992. For his feats, Johnson was honored as one of the NBA 50 Greatest Players in 1996 and enshrined in the Basketball Hall of Fame in 2002.

Johnson is also well-known for having HIV, which he made public in 1991, and which caused him to temporarily retire. After winning over the support of his colleagues, he became the first openly HIV-positive player to play in the NBA. Since then, he has been a crusader for HIV/AIDS prevention, safe sex, and a philanthropist for social causes. 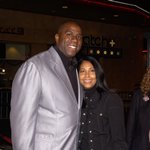 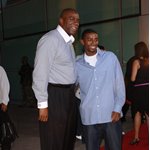 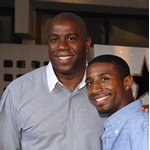 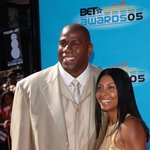 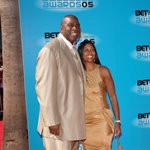