Born June 27, 1991 in Brownwood, Texas to Elizabeth and Timothy Sweeten, Madylin Sweeten began her acting career by attending the Kay Scott School of Performing Arts in San Saba, Texas at age 3. While attending Kay Scott, Sweeten, at age four, was cast in the television movie "A Promise to Carolyn." From there, Sweeten went on to book several commercials in Dallas. Later that year, she auditioned for several television pilot roles in Los Angeles and was discovered by producers of EVERYBODY LOVES RAYMOND. For the past eight seasons, Sweeten has played Ally Barone, the eldest daughter of Raymond Barone.

While building her television career, Sweeten has also been involved in several feature films. These include "The Christmas Path," "A Dog of Flanders," a voice-over on "Toy Story 2" and the critically acclaimed film and winner of the 2003 Sundance Film Festival Grand Jury Prize, "American Splendor."

Madylin Sweeten is the oldest of four children. Her two younger twin brothers, Sawyer and Sullivan Sweeten, are also featured as her younger siblings on EVERYBODY LOVES RAYMOND. 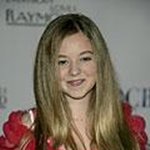 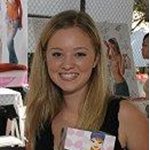 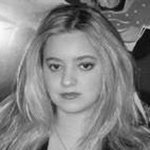