The native handsome Texan, Luke Cunningham Wilson was born in Dallas in Texas in 1971. The son of an advertising executive and a photographer, he was raised with two brothers, Owen Wilson (the middle one) and Andrew Wilson (the eldest one). The three would all go on to make their careers in film, with Luke Wilson discovering his love of acting while a student at Occidental College. In 1993, the brothers Wilson collaborated with Wes Anderson to make Bottle Rocket (1994), which was initially a 13-minute short. The gleefully optimistic story of three Texans who aspire to become successful thieves, Bottle Rocket (1994) premiered at the 1993 Sundance Festival, where it attracted the attention of director James L. Brooks. With Brooks' help, the short became a full-length feature film released in 1996 under the same name, Bottle Rocket (1996). Afterwards, Wilson moved to Hollywood, setting up house with his two brothers and Anderson and the same year, Wilson also appeared in the coming-of-age drama Telling Lies in America (1997). After large roles in three 1998 comedies, Best Men (1997), Bongwater (1997), and Home Fries (1998) (the latter two co-starring Drew Barrymore), Wilson went on to star in another three comedies the following year. The first, Dog Park (1998), was a Canadian film directed by "The Kids in the Hall" (1988) alum Bruce McCulloch and featured Wilson as one of a group of twenty-something's undergoing the trials and tribulations of love. Blue Streak (1999) starred the actor as the sidekick of robber-turned-policeman Martin Lawrence, while Kill the Man (1999) (which premiered at the 1999 Sundance Festival) cast him as the owner of a small copy centre competing with a large chain store across the street. Though he would stick closely to comedy through 2001 with roles in Charlie's Angels (2000) and Legally Blonde (2001), Wilson took a turn for the sinister in the thrillers Preston Tylk (2000) and Soul Survivors (2001) before reteaming with his brother Owen Wilson and Wes Anderson to give one of his most memorable performances as Richie in The Royal Tenenbaums (2001). In 2003, Wilson reprised two past roles, appearing in both Charlie's Angels: Full Throttle (2003) and Legally Blonde 2: Red, White & Blonde (2003). That same year, he also scored a hit as one of the stars of Todd Phillips' Old School (2003). The year 2004 saw Wilson embark on The Wendell Baker Story (2005), a film he starred in, co-directed with brother Andrew Wilson.

Although he made his film debut in the acclaimed independent film Bottle Rocket (1996), he initially got more recognition for his real-life role as Drew Barrymore's boyfriend than for his acting. Fortunately for Wilson, his onscreen talents outlasted his relationship with Barrymore, and he has enjoyed steady employment and increasing visibility through substantial roles in a number of films 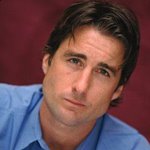 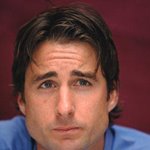 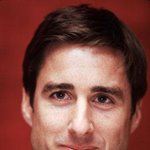 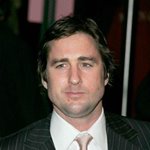