As part of the pop duo Bros, Luke received the Brit award for best newcomer.He also played New York's Madison square Gardens, filled Wembley Arena 10 times and sold out Wembley Stadium to a capacity audience of 68,000 people. He has completed 2 world tours, released 13 hit singles, 3 albums and the video of the album 'The Big Push' sold 250,000 copies which was a record at the time. After 5 successful years in the music industry Luke wrote his first book 'I Owe You Nothing ',which spent several weeks in the top 10 best sellers list and went to 3 reprints.

He then decided to persue his acting ambitions.after many offers Luke accepted the lead role in the musical play 'Plan 9 From Outer Space', based on an Ed Wood screenplay. British entertainment magazine Empire said 'His move is a shrewd one'. In Feb 1997 he starred in the touring musical 'What A Feeling', which played to full houses all over the UK. After enjoying his performance at London's Palladium Theatre, The producers of the smash hit musical 'Grease' offered Luke the starring role as Danny in the West End production. After a huge success in London, he went on to front the touring show, which was voted the most successful British tour two years in a row. Luke has also presented his own shows on MTV, VH1, interviewed Michael Caine for an American TV network, recorded radio plays for the BBC,as well as being the face of Hyundai Cars for their TV advertising campaign. 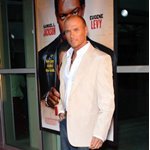 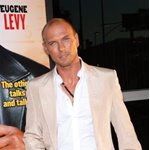 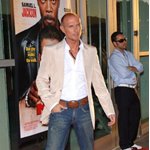