Lucas Glover is an American professional golfer who currently plays on the PGA Tour. He is best known for winning the 2009 U.S. Open. Glover turned professional in 2001 after graduating from Clemson. He joined the Nationwide Tour in 2002, making 7 of 12 cuts while recording two top-10 finishes and five top-25 finishes in his rookie season.

He earned $64,692 and finished 67th on the money list. Glover went to PGA Tour qualifying school for the first time where he finished tied for 39th which was not good enough to earn his tour card. 2003 was Glover's breakthrough year on the Nationwide Tour. He made 17 of 26 cuts while recording six top-10 finishes and 7 top-25 finishes. He picked up his first Nationwide Tour win at the Gila River Classic at Wild Horse Pass Resort. This win helped Glover finish 17th on the money list with $193,989. Glover's high finish on the money list earned him his PGA Tour card for 2004. In February, Glover finished in a tie for third at the Buick Invitational. Then in May he finished in a tie for second at the Quail Hollow Championship. Glover won the U.S. Open at the Bethpage Black Course (Farmingdale, New York) by two strokes over Phil Mickelson, Ricky Barnes, and David Duval. He was a surprise winner of the event, being ranked 71st in the Official World Golf Ranking and never having made a cut in his three previous U.S. Open appearances. He shot a second round 64, tying the low round of the week with Mike Weir. Glover entered the final round one stroke behind 54-hole leader Ricky Barnes but in tough conditions on Monday's final round, both Glover and Barnes struggled. Coming to the 16th hole, Glover was 4 over for the day without a birdie but that would soon change. He hit his approach shot to within 6 feet of the hole and made the putt to take a lead he would not relinquish. After sinking a 3 foot putt for par on 18, Glover won by a margin of two strokes. The win propelled him to 18th in the world rankings.

Glover would be honored for his U.S. Open win at a Clemson Alumni Association meeting in Greenville at Fluor Field the following month. He was the first Clemson graduate and the first native South Carolinian to win a major professional golf championship. Glover continued to play well after his victory at Bethpage. He finished in a tie for 11th at the Travelers Championship the following week. The week after that, Glover finished in a tie for 5th at the AT&T National, moving Glover into the top 10 of the money list. In August, Glover finished 5th at the PGA Championship. In October 2009, Glover won the PGA Grand Slam of Golf in Bermuda. The event featured the four major winners of 2009, Glover, Angel Cabrera, Stewart Cink and Y. E. Yang. Glover won the two day event by five strokes over Cabrera. 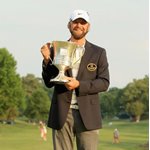 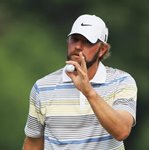 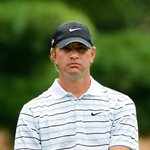 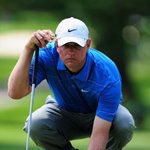 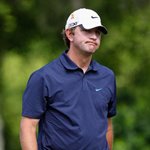 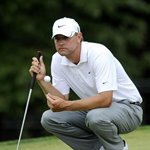 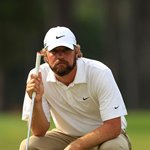 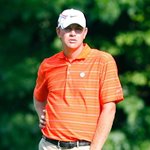