An internationally famous and well respected bodybuilder / actor, Lou Ferrigno first appeared on TV screens in 1977 as the musclebound "The Incredible Hulk" (1978), the alter ego of meek scientist David Banner. Ferrigno was born in Brooklyn, New York, in 1951 and as a child suffered from an ear infection that resulted in permanent partial hearing loss. Undeterred by what some may have perceived as a disadvantage, Lou threw himself into athletics (predominantly weightlifting and body building) and at the age of 21 won his first Mr. Universe title. For good measure, he came back and won it again the following year!

He also played professional football in the Canadian Football League, before coming to the attention of producer Kenneth Johnson, who was seeking just the right person to portray on screen the comic book superhero, The Incredible Hulk. With his 6'5", 285-lb. frame, Lou was the biggest professional bodybuilder of the time, and had recently starred in the documentary Pumping Iron (1977), about the 1975 Mr. Olympia contest in South Africa. He successfully auditioned for the part of the green-skinned Goliath, and that is the role with which he is most closely identified.

"The Hulk" was a huge ratings success and spawned several telemovies after the initial TV series completed its run. Lou continued to remain busy in films and TV with appearances often centered around his remarkable physique. His films included Hercules (1983), Sinbad of the Seven Seas (1989) and Frogtown II (1993). Lou has additionally guest-starred on several TV shows including "The Fall Guy" (1981) and "Mike Hammer" (1984) and had a recurring role on "The King of Queens" (1998). In 1997 he was featured in the dynamic documentary about his sensational return to professional bodybuilding at age 43, Stand Tall (1997). The film detailed how he returned to compete in the Masters category of the Mr. Olympia contest against several familiar bodybuilding foes. In more recent years, he has appeared in several films, including The Misery Brothers (1995), Ping! (2000), From Heaven to Hell (2002) and a cameo as a security guard in the big-budget remake of Hulk (2003).

Big Lou is also a successful author with two books detailing his bodybuilding knowledge, and his life behind the scenes playing the Incredible Hulk on TV in the 1970s, plus he has a popular website frequented by his many fans worldwide. 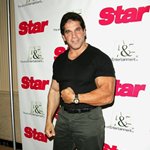 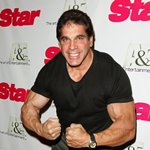 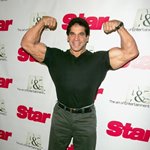 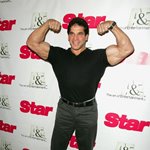 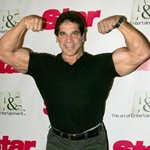