A year after earning her undergraduate degree from The University of Houston, Loretta Devine launched her career as a stage director at the Black Arts Center in Houston, Texas. Her first acting experience arrived five years later in 1977 when she landed a musical role on the off-off-Broadway production of “Godsong” at the prestigious La MaMa Etc. company in New York City. Shortly thereafter, she moved on to Broadway with a part in the revival of “Hair” (also 1977), and enjoyed her first huge success as Lorell on Michael Bennett's award-winning Broadway production, “Dreamgirls” (1981).

The same year she gained attention in “Dreamgirls, Devine broke into film in a 1981 independent drama called “Will,” starring Obaka Adedunyo, and followed it up with a small part as a school teacher named Ms. Benson on the science fiction “Anna to the Infinite Power” in 1983. She, however, subsequently disappeared from the screen and was put back on the public attention in 1986 when she had multiple roles on the off-Broadway production of George C Wolfe's “The Colored Museum,” from which she was praised for her performances. The same year, she also acted in the musical “Big Deal,” by Bob Fosse.

1987 saw Devine make her TV series debut in the first season of NBC comedy “A Different World,” where she played Stevie Rallen, the dorm director. Her first TV-movie was in the 1988 “The Murder of Mary Phagan,” a drama/history which starred Jack Lemmon. It was also in 1988 that Devine made his return to feature films when she had small parts in Richard Benjamin's “Little Nikita” and Catlin Adams' comedy, “Sticky Fingers.” She rounded out the decade by making two TV movies, the sequel “Parent Trap III” and “Heart and Soul” (both 1989).

Entering the 1990s, Devine found herself starring in her first television series, “Sugar and Spice” (1990), in which she portrayed a free-spirit who joins her bourgeois sister (played by Vickilyn Reynolds) to raise their unparented nieces. The CBS sitcom, however, only had a short life, and throughout the decade, she continued to land guest starring or recurring roles in such series as “Murphy Brown” (1990), “Reasonable Doubts” (1992), Fox's “Roc” (1992-1993), “Picket Fences” (1995), “Touched by an Angel” (1997) and “Moesha” (1999). She also acted in several TV films, including reprising her stage role of Janine in the PBS version of “The Colored Museum” (1991), teaming up with Alfre Woodard in “Funny Valentines” (1999, earned a Black Reel nomination for Network/Cable- Best Supporting Actress) and supporting Halle Berry in Berry's Emmy-winning performance in “Introducing Dorothy Dandridge” (1999).

Meanwhile, on the big screen front, Devine opened up the 1990s in a supporting role as an employed woman in the drama/romance “Stanley and Iris” (1990), along side opposite Jane Fonda and Robert De Niro, and then delivered a solid performance as the trustworthy sister on the indie-comedy “Livin' Large” (1991), for director Michael Schultz. A string of supporting roles followed, most notably as Christopher Martin's mother in Randall Miller's “Class Act” (1992), before she scored breakthrough screen role on Forest Whitaker's “Waiting to Exhale” (1995), scripted by Terry McMillan from his novel. Finely supporting Whitney Houston and Angela Bassett as Gloria 'Glo' Matthews, she was handed her first Image Award in 1996. This led to her next memorable role as Beverly on the Penny Marshall-directed “The Preacher's Wife” (1997), which starred Denzel Washington and Whitney Houston and won Devine a second Outstanding Supporting Actress Image Award. Devine next could be seen in such little seen films as “The Price of Kissing” and “Lover Girl” (both 1997) and as Reese Wilson, a university security guard, in “Urban Legends,” opposite Jared Leto and Alicia Witt, and Zenia, an affectionate caregiver of an Alzheimer’s patient, in the moving drama “Down in the Delta” (both 1998). 1999 saw her in three films, including “The Breaks” and “Operation Splitsville.”

A voice-over actress at the Eddie Murphy-created animated series “The PJs” (Fox, 1999-2001), in which she starred as Muriel Stubbs, Devine's television career gained much boost when she won the supporting role of Marla Hendricks on the Fox hailed high school drama, “Boston Public,” which ran from 2000 to 2005. As the fervent high school teacher, she picked up three Images for Outstanding Supporting Actress in a Drama Series (2001, 2003 and 2004) and two Golden Satellite nominations for Best Performance by an Actress in a Supporting Role in a Series, Drama (2003, 2004).

In addition to her TV series assignments, Devine went on to chase other projects. She reprised her role of Reese Wilson on the installment “Urban Legends: Final Cut” (2000), appeared as a doorwoman in the Mel Gibson-Helen Hunt comedy hit “What Women Want” (2000), played the domineering mother, Marguerite, in the comedy “Kingdom Come” (2001), from which she netted an Image nomination for Outstanding Supporting Actress in a Motion Picture, and was cast as a social worker named Margaret Calgrove in the custody battle drama “I Am Sam” (2001), which won star Sean Penn an Academy Award nomination for Best Actor. After having a recurring role on “Half & Half” (2003), Devine returned to the wide screen with triumph in “Woman Thou Art Loosed” (2004, as Cassey Jordan ) and the Oscar Best Picture winning film “Crash” (2005, as Shaniqua Johnson), which screened at the Toronto Film Festival in September 2004 and helmed and penned by Paul Haggis. She was nominated for an Independent Spirit for Best Supporting Female and an Image for Outstanding Supporting Actress in a Motion Picture for her work in the first feature and won a Black Reel for Best Ensemble and a Black Movie nomination for Outstanding Performance by an Actress in a Supporting Role for her work in the latter.

Following the cancellation of “Boston Public,” Devine was cast as Miss Gladys, Malcolm King’s prophylactic financial secretary, on the comedy film “King's Ransom” (2005), with Anthony Anderson, and back to series TV to play M. Pearl McGuire on the Lifetime drama “Wild Card” (2004-2005) and Adele Webber on nine episodes of the ABC medical drama “Grey's Anatomy” (2005-2007). She also had recurring roles on “Girlfriends” (2005-2006), as Judge Jackson, and the CW sitcom “Everybody Hates Chris” (2006-2007), as Tichina Arnold's mother. Her more recent film projects include “Dirty Laundry” (2006), the big screen version of “Dreamgirls” (2006), in which she made a cameo appearance as a jazz singer, “Life Is Not a Fairytale: The Fantasia Barrino Story” (2006, TV), where she received a 2007 Image nomination for Outstanding Actress in a Television Movie, Mini-Series or Dramatic Special, Christopher Duddy's “Cougar Club” (2007, as Dolly), the Preston A. Whitmore II-directed/written “This Christmas” (2007), from which she netted an Image nomination for her scene-stealing role of Shirley Ann 'MaDere' Whitfield. In “First Sunday” (2008), a comedy/crime film by director/writer David E. Talbert and starring Ice Cube and Tracy Morgan, Devine was cast as Sister Doris McPherson. 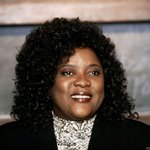 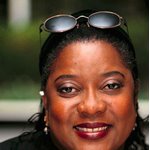 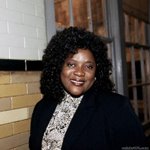 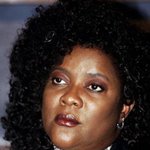