Texas born and raise, Chiles attended the University of Texas at San Antonio before transferring to Finch College in New York. Introduced to modeling by a friend, she spent two years with the prestigious Wilhelmina Agency, but not content with a career in modeling, she began studying acting. Most recently seen in James L. Brooks' Broadcast News as Jennifer Mack, she made her film debut in The Way We Were as Robert Redford's girlfriend and went on to star in The Great Gatsby, Coma, Death On The Nile, Moonraker and Sweet Liberty. Upon completing Say Anything, she filmed Twister, directed by Michael Almereyda.

For television, Chiles appeared on Dallas for one season as temptress Holly Harwood, an oil heiress involved with J.R. Ewing, and Table at Ciro's, a segment of PBS's Tales of the Hollywood Hills. On stage, she appeared in Los Angeles in the Ahmanson Theatre's 1988 production of The Best Man, directed by Jose Ferrer; the Coconut Grove Playhouse's Cat on a Hot Tin Roof, also directed by Ferrer, and New York's off-Broadway WPA Theatre's The Incredibly Famous Willy Rivers. She has studied acting with Sandy Meisner, Sandra Seacat and Milton Katselas, among others. 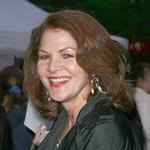 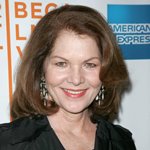