Things you need to know about Liz McClarnon. She loves her piano, she loves her mum and she loves cheese and broccoli soup. Another thing you might want to bear in mind - she's about to hit the big time... big time! Since Atomic Kitten took a break, Liz has been on one big roller coaster ride of adventures, taking her from Liverpool to London, Los Angeles to New York and even onto TV most famous deserted island, ITV's 'Celebrity Love Island' in Fiji, where Liz has proven to become the show's most popular star.

She has effortlessly made the leap from starlet to superstar, she's been schmoozed by Hollywood hotshots, partied with pop royalty and recorded with the most sought after producers in the world. "I was a bit scared when I first thought about going solo," she confides. "I thought I'd get lonely but it's been amazing! I've spoken to Tash and Jen loads so I don't actually feel like I'm on my own and I've made loads of new friends!" (All this is said at approximately 90 miles an hour, you understand.)

Among those new friends Liz speaks of are some clever chaps who write songs for the likes of Dido, Madonna, Cher, John Legend, Kylie and The Black Eyed Peas. In fact, on first meeting Liz, they decided they liked her so much they�d offer to co-write some songs with her. The result? Well, it�s genius of course! Picking up where the Kittens left off, Liz is ready to present you a smorgasbord of pop perfection. A smattering of all things great music should be, fun, sometimes poignant, sometimes upbeat, but above all very, very good.

With every song bearing her own unmistakeable stamp, Liz is rightfully proud of everything she's about to achieve. "I've done some really, really brilliant songs," she grins. "Stuff that you can really sing along to, you know with the soft-top down when it�s really sunny. I'm so excited! And I've done some ballads too, that's what I find easiest to write, I can't stop listening to them! Is that weird?"

Weird? No way! We'd put money on it that everyone else is about to have that very same reaction. Already a favourite at the pop mags, a cover girl for the men's mags (although don't mention it too much cos she'll go all coy on you), she's a fashion icon too.

On a trip to Antwerp for her first orchestral solo gig, Liz stole the show at what was Belgium's biggest ever pop/classical concert proving her ability to entertain no matter the crowd, if you love music you'll love what Liz has to offer.

It's something the public know too and that's part of the reason that they bought into 8 million records worth of Atomic Kitten globally. It's also why, when Fox Television wanted a presenter for the Fox Kids Europe Awards in 2005, Liz was their first choice and why MTV chose her to question all the stars at the MTV Europe Award. Their faith was totally justified and just as they thought she would, she did brilliantly, pulling in rave reviews and TV offers all over the shop.

After a hectic 6 years in the public eye, Liz agreed to take part in ITV's primetime reality series "Celebrity Love Island" - in her words "...a five week holiday in paradise was the main attraction at a time when she really needed a break but didn't want to disappear for too long". Killing two birds with one stone, problem solved! Liz has become the ITV series' most popular star, stepping out in 2005 as independent, confident, talented and adored by the British public.

Getting 2006 off to a bang, Liz' debut single rocketed into the charts at number 5 as the weeks highest new release. Signed to All Around the World, it is a cover of the Barbra Streisand classic "Woman in Love", which has been produced by Robin Gibb of the Bee Gees, who also wrote the track back in 1979. Robin and Liz have also been working together on follow up material.

Liz was also signed up as the face of Lenor "In the Pink" campaign. She recorded Jackie Wilsons "The Sweetest Feeling" which was voted the best song to get ready to go out to, which was the double-A side to "Woman in Love".

Charismatic, strikingly beautiful yet always accessible, with a powerful voice, a hundred hits in the making, a wardrobe we'd all kill for and an army of fans ready to welcome her back, Liz is well on her way to solo superstardom. How's that for a girl who still lives with her mum? 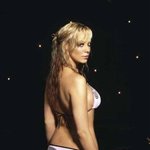 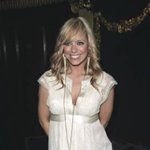 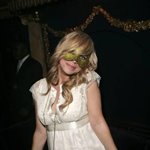 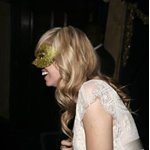 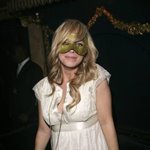 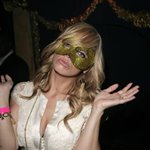 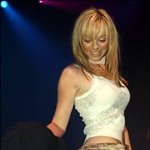 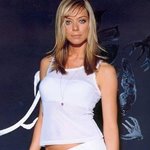 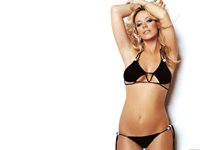 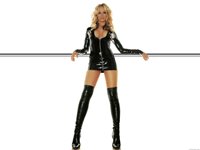 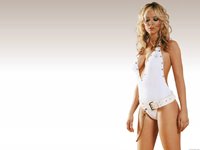 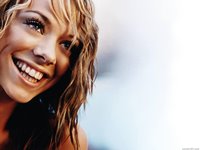 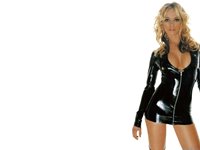 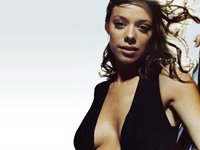 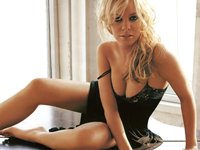