A long-time sports and acting lover, Lisa Guerrero, sometimes also credited as Lisa Cole, started her entertainment career in the 1980s when she was recruited as a cheerleader for the Los Angeles Rams. After four years, she moved on to become the cheerleader director and choreographer for the Atlanta Falcons and then for New England Patriots. Lisa, however, did not venture to broadcasting sports until she was in the greater Boston region.

Also an actress, in the early 1990s, Lisa could be seen acting in the films “Batman Returns” and “Love Position No. 9” (both 1992) and guest starring in such series as “In the Heat of the Night” (1990), “Matlock” (1991) and Seinfeld” (1994). In 1996, she decided to return to her childhood home of Southern California to further chase her acting career. In the meantime, Lisa still found time to work as a sports marketing executive for the World League of American Football and International Basketball Association franchises.

In 1997, Lisa was featured as blonde beauty in Steven Seagal's “Fire Down Below” and had two different characters in two episodes of the TV series “Frasier.” The same year, she also served as a sports-anchor on Los Angeles' KCBS station. Her big break as an actress came in the late 1990s when she landed the regular role of Francesca Vargas on the Aaron Spelling-produced daytime show “Sunset Beach,” starring Susan Ward. She played the role from 1998 to 1999.

During her tenure on the series, Lisa was recognized as a capable female sports reporter in the Los Angeles area thanks to her work at Fox affiliate KTTV. Hired as an exclusive broadcast journalist for Fox Sports in 1999, she has appeared in many of the network's programs such as “Fox Overtime,” “Fox Extra Innings” (both as reporter), “Sports Geniuses” (2000, as a co-host) and “Southern California Sports Report” (2000). From 2001 to 2003, she served as the co-host of the talk show “The Best Damn Sports Show Period.” Lisa left Fox in 2003 to pursue acting chances and create a sports show.

After departing Fox, Lisa could be seen serving as a sideline reporter for “NFL Monday Night Football” (2003), in which she replaced an empty place left by Melissa Stark. Still in that same year, she appeared as Linda Lorenzo in an episode of “George Lopez.” Lisa appeared in FHM's 2004 calendar and posed for Playboy magazine for the early 2006 issue. She became a commentator on the game show “World Series of Pop Culture” (2006).

In 2007, Lisa starred as Roxie Plumm in the adventure film “A Plumm Summer,” which she also executive produced. Among her costars in the film were Jeff Daniels, William Baldwin and Henry Winkler. 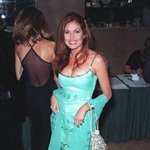