Liam was born in Burnage in 1972, the third and final child of Irish immigrant parents Thomas and Peggy Gallagher. Thomas was an alcoholic and was often violently abusive to his family. Although his older brothers Noel and Paul took the most abuse, Liam has said that the abuse affected him deeply and inspired to become an artist. When Liam was 14, Peggy took the boys and moved away from Tommy. Although Liam maintained sporatic contact with his father throughout his teens, he says that today their issues remain unresolved.

Paul and Noel often contend that even from a young age, Liam went out of his way to antagonise people, especially Noel, with whom he shared a room. The Gallagher brothers were troubled children, especially in their teens were often. Liam was expelled from school at age 15 for fighting, and would often steal bicycles from local stores.

Noel Gallagher has said that Liam showed little interest in music until his late teens. Gallagher became confident in his abilities to sing and began listening to bands like The Stone Roses, The Who, The Kinks, The Jam, T.Rex, and The Beatles, forging a life-long obsession with John Lennon, which would later lead to him claiming he was Lennon re-incarnated. When school friend Paul "Guigsy" McGuigan, invited Gallagher to join his band, The Rain, as a vocalist, he offered his services but he insisted that the band's name be changed to Oasis, named after a venue in Swindon, which was on an Inspiral Carpets tour poster in his and Noel's bedroom.

Liam was the band's co-song writer,along with guitarist Paul "Bonehead" Arthurs. Noel Gallagher has since openly mocked this writing partnership, describing them as being "just awful," and even Liam said "we were shit. The band only rehearsed one day a week and didn't get many gigs. It was after one of their rare shows in 1992, that Noel, having recently returned from touring America as a roadie with Inspiral Carpets, saw them perform. Although Noel disliked the band, Liam asked him to join and Noel agreed on the condition that he be the sole songwriter, ending Liam and Bonehead's partnership. 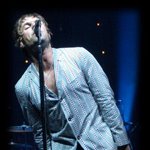 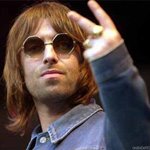 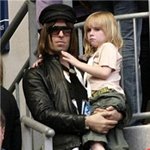