The daughter of a former dancer, Leslie Caron professionally started her career as a ballet dancer when she was 16 with the renowned Ballet de Champs Elysses in Paris. Three years later, she was spotted by American actor Gene Kelley that led young Caron being hired as the ingénue in Kelly's 1951 film, “An American in Paris.” The classic musical, which won a total of 6 Oscars, including one for Best Picture, marked Caron's entry to the cinematic industry. Her performance caught the eye of MGM executives who then signed the promising star into a long-running contract.

Caron worked with Joseph Cotten, Barbara Stanwyck and Louis Calhern for the drama/thriller “The Man with a Cloak” (1951), starred as the girlfriend of Ralph Meeker in the Art Cohn-written “Glory Alley” (1952) and costarred in the musical “The Story of Three Loves” (1953). However, it was not until director Charles Walters cast her in the lead role of a poor French girl adopted by members of a circus troupe in the pleasing children's fantasy “Lili” (1953) that Caron gained her real worldwide notice. The role brought her a BAFTA Film for Best Foreign Actress and an Oscar nomination for Best Actress in a Leading Role.

More starring roles followed after the much-talk about performance, including in “The Glass Slipper” (1955), 20th Century-Fox's “Daddy Long Legs” (1955, with Fred Astaire), “Gaby” (1956, starred as a ballet dancer) and the comedy “The Man Who Understood Women” (1959, with Henry Fonda). She won a Golden Laurel for Top Female Musical Performance and a Golden Globe nomination for Best Motion Picture Actress – Comedy/Musical for her work in the multi-Oscar winning musical “Gigi” (1958), opposite Louis Jourdan and Maurice Chevalier. Meanwhile, she was discovered acting on the Paris stage in the production of “Ornet,” by Jean Renoir, and embarked on the London stage playing the title character of “Gigi” (1958).

When musical gradually went out of fashion, Caron viewed to change her screen image. She opened the 1960s with dramatic roles in Abel Gance's “Austerlitz,” her first French-language film, and the based-on-novel “The Subterraneans” (both 1960). After having the title role on “Fanny” (1961), from which she was nominated for a Golden Globe for Best Motion Picture Actress – Drama, and starring as Claire Jordan in “Guns of Darkness” (1962), Caron's efforts paid off when her dramatic turn of a pregnant, single girl awaiting an abortion in the Bryan Forbes-helmed “The L-Shaped Room” (1962) won the actress her second Academy Award nomination. The spectacular performance also brought Caron a Golden Globe for Best Motion Picture Actress-Drama, a BAFTA Film for Best British Actress and a Golden Laurel for Top Female Dramatic Performance (3rd place).

The rest of the 1960s saw Caron continue taking leading roles, although many of her projects were considered less memorable. She starred with Cary Grant in the Oscar winner “Father Goose” (1964), was teamed with Warren Beatty for the indie-comedy “Promise Her Anything” (1965) and portrayed Françoise Labé in the French-language “Is Paris Burning?” (1966). Caron found herself slowing down her activities throughout the 1970s. She rejoined “Lili” costar Mel Ferrer for “Carole” (1973), a made-for-TV film directed by Norman Lloyd, portrayed Angela Kelno on the critically acclaim ABC miniseries “QB VII” (1974), opposite Ben Gazzara and Anthony Hopkins, and was stood out as legendary stage and screen actress Nazimova on Ken Russell's biopic “Valentino” (1977), adapted from a novel by Chaw Mank. She closed out the decade with a part as Dr. Sammy Lee on the sport-themed independent movie “Goldengirl” (1979).

Caron became more selective for her follow-up projects. Some of her work during the 1980s and 1990s were the CBS star-studded miniseries “Master of the Game” (1984), based on the Sidney Sheldon novel, Louis Malle's “Damage” (1992, opposite Jeremy Irons, Juliette Binoche and Miranda Richardson), Edgardo Cozinsky's “Guerriers et Captives” (1994, with Dominique Sanda), Peter Chelsom's “Funny Bones” (1995), a comedy also starring Oliver Platt, Jerry Lewis and Lee Evans, and the drama/romance “Passion's Way ” (1999), a CBS movie which cast her as the mother-in-law of Sela Ward. In addition to TV and film work, Caron also found time pursuing her stage career. In 1985, she toured throughout the United States in a production of “On Your Toes.”

2000 saw Caron costar with Judi Dench, Ian Holm and Cleo Lain in the pleasing HBO TV-film “Last of the Blonde Bombsells” and appear in Lasse Hallström's praised movie, “Chocolat,” which reunited her with Dench and Juliette Binoche. In the multi Oscar-nominee, she notably portrayed a French widow named Madame Audel and co-won a SAG nomination for Outstanding Performance by the Cast of a Theatrical Motion Picture. The next year, Caron could be seen playing Sra. Alvarado in the made-for-TV film “Murder on the Orient Express,” based on a novel by Agatha Christie. Among her costars in the mystery film were Alfred Molina, her costar in “Chocolat,” and Meredith Baxter.

Caron resurfaced in 2003 to play the strict mother-in-law of Naomi Watt in director James Ivory's adaptation of the Diane Johnson bestselling book, “Le Divorce.” Kate Hudson and Thierry Lhermitte also starred in the film as Isabel Walker and Edgar Cossett, respectively. In 2006, she played Lorraine Delmas in an episode of NBC's “Law & Order: Special Victims Unit” called “Recall.” For her fine effort, she was handed a 2007 Emmy in the category of Outstanding Guest Actress in a Drama Series. 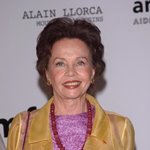 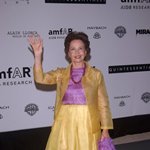 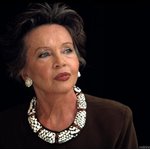 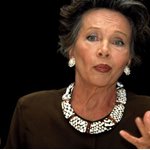 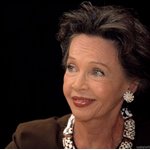 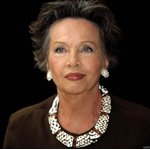 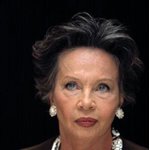 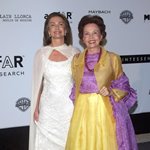