Leah Miller was born on July 20, 1981 in Ontario, Canada. She is a famous actress. She won 1 award in her career. Leah started her career as an actress with the famous movie "New Jersey Turnpikes" in which she played the role of a Toll Girl in 1999. 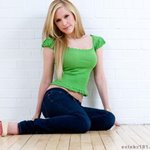