An accomplished actress, singer and dancer who has already made a splash in the worlds of theater, television and film, Laura Breckenridge joins the cast of The WB's Related as 19-year-old college student Rose, who just switched her major from pre-med to experimental theater.

Most recently, Breckenridge appeared on stage with Scott Foley, Brooke Adams and Larry Bryggman in The Cherry Orchard at The Atlantic Theater in New York City. Directed by Scott Zigler, the production featured Tom Donaghy's new translation of Chekhov's final masterpiece, the brilliant and darkly funny portrait of the downfall of an aristocratic Russian family.

Currently, Breckenridge is in production on Katherine Brooks' independent film Loving Annabelle, the controversial story of a Catholic school teacher who has a love affair with her student. Breckenridge plays Colins, a cute but painfully shy schoolmate of Annabelle's. Breckenridge will next be seen in the upcoming independent film Southern Belles, opposite Anna Faris. Written and directed by Paul Myers and Brennan Shroff, the film follows two rural Southern girls as they hit the road to escape a loser boyfriend and manipulative boss. The film recently played in competition at the 2005 South by Southwest Film Festival and the 2005 Gen-Art Film Festival. Breckenridge will also be seen in director Barbara Kopple's Havoc, co-starring Anne Hathaway and Joseph Gordon-Levitt. The film explores the lives of wealthy teenagers living in Los Angeles whose exposure to hip-hop culture inspires them to imitate the "gangsta lifestyle."

Additionally, Breckenridge's varied theater credits include her Broadway debut in Richard Eyre's The Crucible, opposite Liam Neeson and Laura Linney; the critically acclaimed off-Broadway play The Moonlight Room, God of Vengeance, opposite Ron Liebman at the Williamstown Theater Festival, the title role of Baby in the Broadway Workshop of The Baby and Johnny Project, aka Dirty Dancing, The Melancholy Play; The Snow Queen and The Radio City Christmas Spectacular, for which Breckenridge can be heard singing on the production's cast recording. Her television credits include the pilot Definitely Maybe and guest-starring appearances on Boston Public and The Jersey.

Although taking a break from her studies during the production of Related, Breckenridge is majoring in classics with a theater and dance certificate 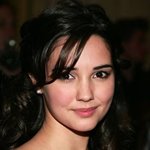 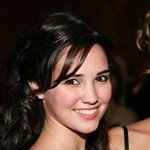 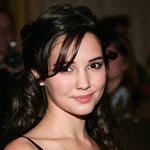 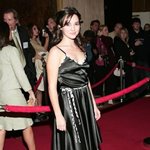 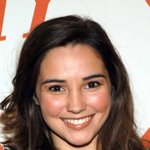 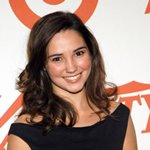 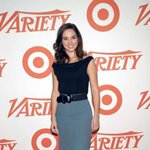