Former student of the legendary Irish drummer Joe Bonnie, Larry Mullen Jr., who once worked as a messenger for a company, kicked off his musical career with the Artane Boys' Band, a Dublin marching band from which he developed a drumming style that now become the typical of U2's music. He played drums on many songs, including one “Sunday Bloody Sunday,” but was forced to depart the group after he rejected to cut his long hair. Upon leaving the band, he became interested in jazz music and started to learn how to play it. Mullen, however, did not set up his signature band until 1976. Through an infamous note he posted on the the Mount Temple Comprehensive School bulletin board, he met music partners Paul Hewson (Bono), Dave Evans (The Edge) as well as Adam Clayton and U2 was born.

Four years after being founded, U2 launched their debut album called “Boy” on October 20, 1980. With the college radio hit “I Will Follow,” the four boys gained a buzz surrounding their debut. It was followed by such studio albums as “October” (1981), “War” (1983), “The Unforgettable Fire” (1984), but, in the meantime, the group were most famous for their live performances. It was confirmed with the success of their first live album, “Under a Blood Red Sky” (1983), which became a best-selling ever in UK.

Eventually, Mullen and his group reached superstars status with their fifth album, “The Joshua Tree” (1987), which received 6-times platinum certification in UK. Consisting one of the band's most famous songs, “With or Without You,” the album debuted at No. 1 in the UK and also became an immediate hit in the U.S and . It was supported with sold-out concerts throughout the world. For their bright effort, “The Joshua Tree” won Mullen and U2 their first two Grammy Awards for Album of the Year and Best Rock Duo or Group (both 1988). At the end of the decade, “Desire,” the lead single from the “Rattle and Hum” album (1988) that marked the group's first No. 1 hit single in UK, and the song “Where the Streets Have No Name” was handed Grammys for Best Rock Duo or Group with Vocal and Best Performance Music Video, respectively.

Returning to studio after two years absence, Mullen and U2 gained significant recognition with their album “Achtung Baby” (1991), which went platinum or multi-platinum in such countries as America (8X), Australia (5X), Germany, France and Netherlands, in addition to the UK (4X). A response to the dance and alternative rock changes and also their own sense of musical doldrums, the album won the group a 1993 Grammy for Best Rock Duo or Group with Vocal. The follow-up “Zooropa” (1993) netted a Grammy for Best Alternative Music Album in 1994. A year later, they netted a Grammy for Best Long Form Music Video for their “Zoo TV: Live from Sydney.” “Pop” (1997) marked their last studio album in the 1990s and is remembered for blending elements of long-standing U2 alternative guitar rock with popular 1990s techno. During the recording of the album, Mullen had to deal with terrible back problems that sent him to hospital for surgery. As a result, the recording was postponed.

In 2006, U2 released a compilation album named “U218 Singles.” As of January 2008, the album has sold over 800,00 pieces in the US alone. Apart from Grammy Awards, Mullen and his band mates have also collected other honors, including The Meteor Music Awards, a World Soundtrack Award, an American Music Award, MTV Video Music Awards and BRIT Awards, among others.

In addition to his impressive career with U2, Mullen has pursued a number of side projects throughout his career. He has worked with a number of artists, including B.B. King, Nanci Griffith, Emmylou Harris, Maria McKee, Robbie Robertson, Daniel Lanois and Paul Brady. In 1990, he co-produced and co-penned the anthem “Put 'Em Under Pressure” to respect the Irish National Football team's attempt for the World Cup, and later, joined forces with band mate Adam Clayton on the theme for the 1996 motion picture “Mission: Impossible.” Mullen and Adam also joined with Mike Mills and Michael Stipe from R.E.M. to establish the group Automatic Baby, with exclusively founded to perform the song “One” for the inauguration of Bill Clinton in 1993 at MTV's Inaugural Ball. Mullen also has played drums on many of the songs on Emmylou Harris' album “Wrecking Ball” (1995). 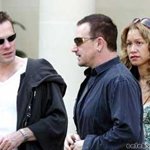 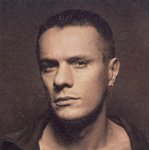