Kylie Kardashian is an American reality television star, model, and brand ambassador for Seventeen Magazine. She is best known for appearing in Keeping Up with the Kardashians, the reality series that she shares with her family.

Jenner was first featured in Paper's "Beautiful People" article series with Kendall. She began her modeling career with the Sears line "Crush Your Style" and has done photo shoots with OK! Magazine, Teen Vogue, and photographer Nick Saglimbeni. Kylie has also modeled for her cousin Natasha's clothing company. She has expressed an interest in acting as well, but has explained that college is a greater priority. Also she modeled for Avril Lavigne collection Abbey Dawn Runway in 2011 New York Fashion Week. Once again, she pursued her love for runway by modeling for the official Hello Kitty Launch for Forever 21 in Los Angeles. Also, Seventeen Magazine has chosen Kylie along with Kendall Jenner as Style Stars of 2011 and also the new 'Style Ambassadors' for the magazine. Kendall and Kylie have also been given the opportunity to host events such as the Glee 3D Concert Movie red carpet and the Breaking Dawn Part 1 red carpet event in Los Angeles; the two also did an interview in the Bing Box at The Hunger Games premiere on March 12, 2012.

Kylie has two nail lacquers from the Nicole O.P.I nail polish brand called "Wear Something Spar-kylie" and "Rainbow in the S-kylie". Rainbow in the S-kylie is a best seller in the whole Kardashian Kolor nail polish line. In 2012, Jenner was on the cover with her sister Kendall on Teen Vogue. Also, she was on the cover of Seventeen Magazine's Back-To-School September issue along with her older sister, Kendall Jenner. On November 15, 2012, PacSun announced it has partnered with Kendall and Kylie to obtain exclusive rights to a young women's line of clothing called "Kendall and Kylie" which will be available in PacSun stores in 2013. PacSun has announced that the collection will be available online and in PacSun stores on February 8, 2013, and that online registrants will have access to shop the collection earlier than that date. 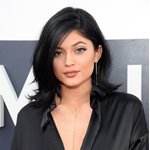 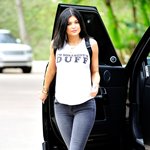 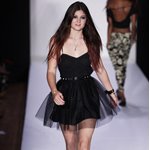 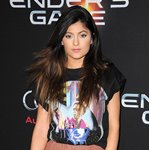 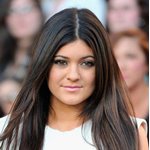 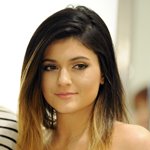 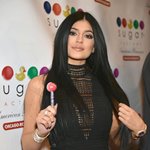