Born on the Big Island of Hawaii, Kristina Anapau spent her youth passionately studying classical ballet, music and theater. Kristina graduated from High School at the age of 15 and that same year began her studies at The University of Hawaii. With dreams of pursuing a professional dance career, Kristina's life would soon take a fateful turn, as she was cast in Universal Television's, Escape From Atlantis, landing her first professional Starring role at the age of 16. Soon after, Kristina relocated to Los Angeles where she continued to work steadily both theatrically and commercially. At age 20, Kristina landed a recording contract with Hollywood Records and spent much of that year recording an album and opening for Destiny's Child on MTV's TRL Tour, but her true love and passion remained performing in the film and television mediums.

This Spring (2007), Kristina will be seen alongside Golden Globe winner Diane Venora and Greg German in ThinkFilm's Independent Feature, Self Medicated, winner of over 35 International film awards in the past year. Earlier this year, Kristina starred alongside Christina Ricci and Jesse Eisenberg in the Dimension Films' thriller, Cursed, directed by Wes Craven. On the Feature front, Anapau shined as "the cold and calculating" Cassie Merteuil in the Sony Pictures/Newmarket Films release, Cruel Intentions 3. Kristina also has appeared in the films, Madison, starring Jim Caviezel and Academy Award Nominee Bruce Dern, as well as, the Lions Gate comedy, 100 Girls.

Her television credits are equally as impressive as Kristina has Guest Starred in many noteworthy productions, such as: CSI:NY; Once & Again; General Hospital; For The People; Haunted; The Opposite Of Sex; and the VH1 telefilm, They Shoot Divas, Don't They. Last Spring, Kristina starred opposite popular comedian, Dane Cook, in the Sony Television produced pilot, Cooked. 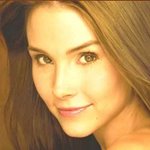 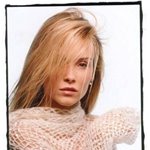