Chenoweth made her Broadway debut in a production of Molière's Scapin starring Bill Irwin, followed in the spring of 1997 by the musical Steel Pier by John Kander and Fred Ebb, for which she won a Theatre World award. The following season, she appeared in the City Center Encores! production of the George and Ira Gershwin musical Strike Up the Band and the Lincoln Center Theater production of William Finn's A New Brain. She has performed several times on the radio program A Prairie Home Companion.

During the 1998–1999 season, she performed the role of Sally in the Broadway revival of You're a Good Man, Charlie Brown — although Chenoweth auditioned for the role of Patty, her unique voice and talent led director Michael Mayer and musical director Andrew Lippa to scrap Patty and create the character of Charlie Brown's younger sister, Sally, specifically for Chenoweth — the production won Chenoweth the Tony, Drama Desk, and Outer Critics Circle Awards as the season's Best Featured Actress in a Musical. She then starred in the Broadway comedy Epic Proportions, followed by appearances in ABC's television adaptation of the musical Annie (as Lily St. Regis), and in the leading role of Daisy Gamble in the City Center Encores! production of On a Clear Day You Can See Forever.

In 2003, Chenoweth performed songs from her album Let Yourself Go in concert for Lincoln Center's 5th American Songbook. She also performed in City Center Encores! 10th Anniversary Bash. In London, she was involved in Divas at Donmar for director Sam Mendes, then appeared in the Actor's Fund Benefit Concert of the musical Funny Girl in New York City.

In October 2003, Chenoweth returned to Broadway in Wicked, a musical about the early years of the witches of Oz. She was nominated for a Tony as Best Leading Actress in a Musical for her performance as Glinda, but lost to co-star Idina Menzel (as Elphaba, the Wicked Witch of the West). After playing Glinda for nine months, Chenoweth left Wicked on July 18, 2004 along with co-stars Joel Grey and Norbert Leo Butz.

Chenoweth has also performed leading roles at the Goodspeed Opera House and the Guthrie Theatre, and she was chosen by the late Jerome Robbins as the guest soloist in his West Side Story Suite of Dances at New York City Ballet.

From December 14, 2006 to March 11, 2007, Chenoweth starred on Broadway in the production of The Apple Tree. Despite the rave reviews about her performance, she failed to get nominated for a Tony. On January 19, 2007, Chenoweth performed a solo concert at The Metropolitan Opera in New York, only the third musical theatre star ever to present a solo concert at the Met, following Barbara Cook and Yves Montand.[2] 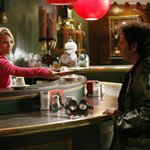 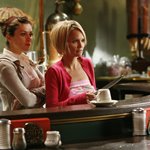 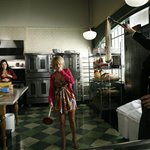 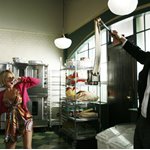 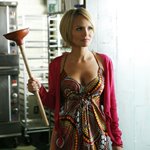 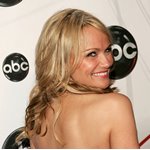 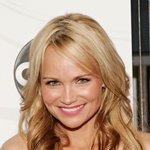 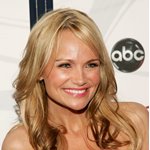