In 2005, Kardashian was cast on E!'s Filthy Rich: Cattle Drive, a reality show in which the children of famous celebrities lived together while "roughing it" in a small town in Colorado. The show was created by actor/producer Justin Berfield and Joe Simpson. It was on that series that E! became aware of Kardashian and her family.

In 2007, she began appearing in E!'s Keeping Up with the Kardashians, a reality show centering on the life of Kardashian and her family. Although the show was originally packaged as a showcase for her sister Kim, Kourtney Kardashian has become a significant presence on her own.She is known as "The Unassuming Firecracker" for her quiet but spontaneous personality.Kardashian appeared with her family on NBC's Celebrity Family Feud on July 22, 2008. The Kardashians lost to "Team Deion" which included Deion Sanders and his family by a score of 382-83.

In April 2009, it was announced that Kourtney Kardashian and her sister Khloe Kardashian would be appearing in a spin-off which will air in August 2009. The spin-off will feature the girls moving to Miami to open a DASH store on the East Coast. The show will be titled Kourtney and Khloe Take Miami. The spin-off will not feature sister Kim prominently, but the entire Kardashian family may make guest appearances on the new series.

Kourtney Kardshian is best known for being the older sister of Kim Kardashian. Ouch.

Kourtney is the eldest child of Robert and Kris Kardashian. She was born and raised in Los Angeles, along with her three siblings, Kim, Khloe, and Robert. Her parents divorced in 1989 and her mother remarried Olympian Bruce Jenner and Kourtney got two half-sisters and two step-brothers, including Brody Jenner.

Kourtney attended a private girls Catholic school in Los Angeles before attending Southern Methodist University in Dallas, Texas. She eventually transfered to University of Arizona, where, unlike most celebutantes, she actually graduated.

Following graduation, she opened up a store in Calabasas with her sisters called Dash and appeared on the reality show 'Filthy Rich Cattle Drive'. She can now be seen on her family's reality show 'Keeping Up with the Kardashians'. 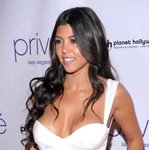 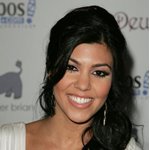 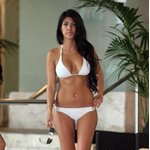 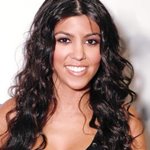 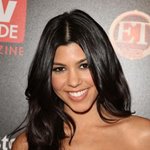 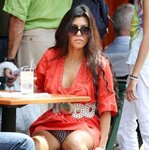 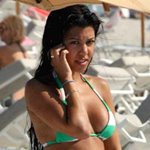 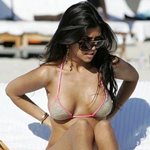