Kid Rock entered the hip-hop scene when he was 15 and soon became a favorite in the Mt. Clemens housing project due to his distinctive style of rapping. A native of Romeo, Michigan , Rock later relocated to New York City and by the time he was 18, he had signed a tour contract with musicians like Ice Cube and Too $hort. The same year, he also launched a debut album called Grits Sandwiches for Breakfast, co-produced by Too $hort, D Nice and others under the Jive label. Despite the commercial failure, the album clearly established Rock’s eccentric attitude. One of the album’s tracks, “Yodelin’ in the Valley,” was banned from radio and even referred to by a college president as “the most indecent thing ever heard.” When a university DJ played the song, he was fined $25,000 by the FCC.

Four years after the release of his initial album, Rock’s sophomore effort, The Polyfuze Method, hit the music stores in 1993. The album spawned a single, “Back from the Dead,” which peaked at No. 20 on the Central Michigan University Hot Rap Tracks. It was followed by his EP called Fire It Up in 1994 and his next albums, Early Mornin Stoned Pimp in 1996 and The Polyfuze Method Revisited in 1997.

This highly successful album, combined with Rock’s frank and compelling persona, was enough for Hollywood to come calling. The singer was soon hired to voice the animated version of himself in ”The Simpsons” (2000) and later “King of the Hill” (2002). He also appeared as a musical guest in an episode of the popular “Saturday Night Live” (2000).

As for music, Rock collected tracks from his previous albums and recorded the only new song, “American Bad Ass,” for his compilation album, The History of Rock (2000). Although it didn’t earn the same success as Devil without a Cause, the album sold 3 million copies in the U.S. He fared better with his 2001 album, the multi-platinum selling Cocky, in which Rock blended county music into many of his tracks. Containing the Gold Single “Picture” (a duet with country star Sheryl Crow), and other popular songs like “Lonely Road Of Faith,” “Forever” and “You Never Met A Motherf-cker Quite Like Me,” the album became Rock’s second best selling album with 5 millions units sold in the U.S.

After the release of Cocky, Rock released a cover of ZZ Top’s “Legs” solely for the album on WWE’s SmackDown Records, Forceable Entry. He didn’t make a comeback into the music scene until 2003 when he launched a self-titled album, Kid Rock, which explored country music more. Its first track was a cover of Bad Company’s “Feel Like Makin’ Love.”

Meanwhile, Kid Rock also tried his hand in acting by taking a supporting part in the David Spade comedy vehicle Joe Dirt (2001), where he was seen as Robby. He also provided the voice of Kidney Rock in the less-adored, animated biological feature Osmosis Jones (2001) before being seen in the Reggie Rock Bythewood-helmed Biker Boyz (2003), an action film which starred Laurence Fishburne, Derek Luke and Orlando Jones.

On February 28, 2006, Rock returned to the hip-hop scene with his first live album, Live Trucker, which sold 113,000 copies on its first month of release. The album consists of many different shows, including some done overseas. Its cover pays compliments to fellow Michigan rocker Bob Seger by duplicating the cover of Seger’s 1976 album Live Bullet. 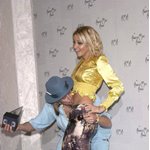 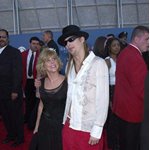 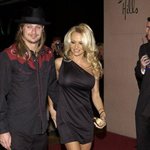 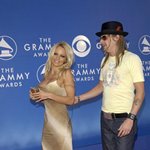 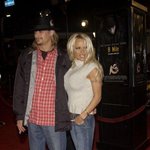 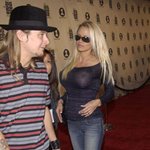 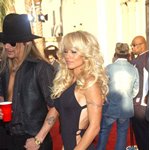 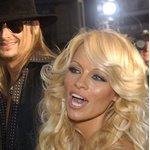