Keyshia Cole grew up in the tough and troubled streets of Oakland, California and was a foster child adopted by Yvonne Cole at the age of 5. She has said that her brother, Sean Cole, and Tupac Shakur were close friends and that he was like an older brother to her. Sean raps under the alias "Nutt-so", and recorded several songs with Shakur before his death.[citation needed] Keyshia's first recordings were with MC Hammer at the age of twelve.[1] In the early 2000s, she appeared on tracks by San Francisco Bay Area artists including Tony! Toni! Toné!'s D'Wayne Wiggins and San Francisco rapper Messy Marv.[2]

Cole was inspired by her grandmother to further pursue her career, so she left the Bay Area at age 16, with a rented car and two hundred dollars after catching her boyfriend cheating.[3] She moved to Los Angeles and within several months of her arrival, had attracted the attention of A & M Records president Ron Fair, who in turn recommended her to chairman Jimmy Iovine, for whom she performed an early version of "Love" in June/July 2002. She was signed by then A & R rep Fair in December 2002. Cole started recording her debut album soon after. In 2004, Cole made her first solo appearance on the track "Never", taken from the Barbershop 2: Back in Business soundtrack with rapper Eve. 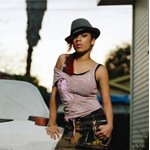 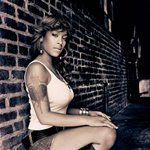 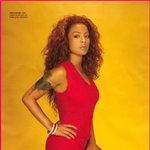 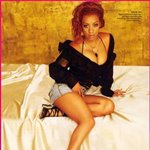