Kevin Nash was a former basketball player that was considered too small to play pro. He blew out his knee and became a bouncer. Was seen by a couple of WCW wrestlers and met with the head of WCW. Became Steele and joined with Blade to form "The Master Blasters". He went back to his real name after that. Then went under the name of Oz, claiming to be "the great and the powerful". Then, he became Vinnie Vegas, a gambler who teamed with Diamond Dallas Page to form "The Vegas Connection".

Soon after that, he disappeared from WCW only to reappear in the WWF as "Big Daddy Cool" Diesel, a bodyguard for "The Heartbreak Kid" Shawn Michaels. Helped him win the Intercontinental Title in his first night on the job. Wrestled his first match in the WWF against "The Hitman" Bret Hart and won. Eliminated almost everyone against him in the 1994 Royal Rumble. Won IC Title from Razor Ramon, w/ Michaels' help. Lost belt back to Ramon at Summer Slam 1994. Broke up with Michaels at the 1994 Survivor Series. Won WWF World T itle from Mr. Bob Backlund 3 days later. Took on all comers until he lost the title to Bret Hart at the 1995 Survivor Series. Last man eliminated in the 1996 Royal Rumble. Lost to Hart, The Undertaker, and Michaels in his last WWF matches. Returned to WCW as one of "The Outsiders" with Ramon, (Scott Hall), and Hulk Hogan. 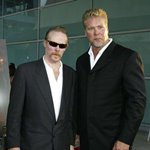 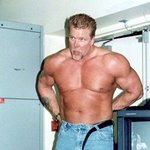 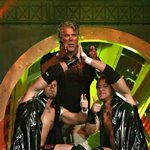 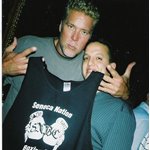