Having dabbled in acting since high school, Kevin Dillon had intended to be a commercial artist before he was discovered by an agent at age 17 at the premiere of his brother’s Matt's movie, “Tex” (1982), director Tim Hunter's adaptation of the S.E. Hinton's novel. This led to his own screen debut in the independent feature aired on HBO, “No Big Deal” (1983), based on the book by P.J. Peterson. He followed it up with “Heaven Help Us” (1985), a drama/comedy film by director Michael Dinner in which he was cast as the foul-mouthed class bully and underachiever Rooney, opposite Andrew McCarthy, Mary Stuart Masterson and Hollywood veteran Donald Sutherland.

Dillon got his first big break in 1986 when he garnered positive reviews for playing the role of Bunny, a 19-year-old psychopath who is a great admirer of Barnes (played by Tom Berenger), in writer-director Oliver Stone's Oscar-winning Vietnam war film, “Platoon.” He studied the role by reading the novel “Run through the Raindrops” by Marine Captain Dale Dye. The film, loosely based on Stone's experiences as an Army combat infantryman in Vietnam, also starred Charlie Sheen, Willem Dafoe and Forest Whitaker. Afterward, he read some of the G.I. letters in HBO's highly esteemed documentary, “Dear America: Letters from Vietnam” (1987), alongside some of the “Platoon” cast members.

During the new decade, Dillon was featured opposite Peter Berg in the fine ensemble of Keith Gordon's WWII drama inspired by William Wharton's novel, “A Midnight Clear,” reunited with Oliver Stone in his musical biopic about the enduring 60s rock group, “The Doors” (Val Kilmer played the band's frontman Jim Morrison), in which he portrayed the group's drummer John Densmore, and played a young convict in Martin Campbell's adaptation of Richard Herley's futuristic novel, “No Escape,” starring Ray Liotta. TV audiences could also see him acting opposite Iain Glen in the war movie “Frankie's House” and guest starring in an episode of HBO's horror anthology series based on the 1950s EC Comics series, "Tales from the Crypt."

Dillon added to his acting resume starring roles in writer-director Dave Payne's road movie “Criminal Hearts” (1995), as a hitchhiker running from police, Pat Verducci's drama thriller “True Crime” (1996), as a police cadet who teamed up with Alicia Silverstone's character to track down a dangerous killer, and played the conscious single at a bachelor party that goes bad in Gavin Wilding's thriller “Stag” (1997; with Mario Van Peebles, John Stockwell and Andrew McCarthy; aired on HBO in lieu of a theatrical release). He also portrayed the title role in Showtime's movie adaptation of the James Fenimore Cooper novel, “The Pathfinder,” teamed with Shannen Doherty playing a husband and wife accused of the murder of their own daughter on CBS’ miniseries “Gone in the Night” (based on the book by David Protess and Rob Warden), and had a featured role in the techno-thriller ABC miniseries "Medusa's Child," based on John J. Nance's book.

From 1998 to 2000, Dillon played a recurring role of police officer Neil Baker on ABC's Emmy-winning cop drama "NYPD Blue." During that time, he continued his film work and starred as a medical student investigating the apparent death of his brother in writer-director Iain Paterson's crime/thriller “Hidden Agenda.” He also played a stalker obsessed with fathering a child in Mark L. Lester's film version of James Gabriel Berman's thriller novel, “Misbegotten,” and a seedy family man who becomes a suspect of a murder in writer-director Ross Partridge's mystery/drama, “Interstate 84.”

After his contract with "NYPD Blue" ended, Dillon went on to star in another TV series, "That's Life" (2000-2002), a CBS family drama in which he played Paul DeLucca, a young police officer and brother of a thirty-something woman (played by Heather Paige Kent) who decides to return to college. In 2003, he played the recurring role of Lonnie McRae on Fox's hit series "24" and was spotted as a guest in an October episode of ABC’s crime/drama series starring Carla Gugino, "Karen Sisco."

2004 gave Dillon another big break when he snagged the role of Johnny "Drama" Chase, a has-been C-list actor and Vince's (played by Adrian Grenier) half-brother and cook, on HBO's "Entourage." He has been playing the role since the show's first season until its current fourth season, which premiered on June 17, 2007. The show also earned him nominations at the Screen Actors Guild Awards (for Outstanding Performance by an Ensemble in a Comedy Series) and the Teen Choice Awards (for TV - Choice Chemistry).

During his "Entourage" stint, Dillon also appeared in writer-director Richard Brandes' fantasy/horror “Out for Blood” (2004), as a detective assigned to track missing people, and William Dear's golf comedy “The Foursome” (2006). He was also cast with Kurt Russell, Josh Lucas, Emmy Rossum and Richard Dreyfuss in “Poseidon” (2006), Wolfgang Petersen's Oscar-nominated remake of the 1972 disaster film “The Poseidon Adventure” that was based on the novel by Paul Gallico.

Adding to his film and TV work, Dillon's stage performances include "Dark at the Top of the Stairs," a production of William Inge's 1957 play, and "The Indian Wants the Bronx." 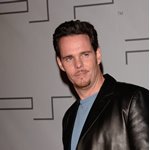 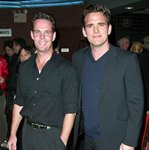 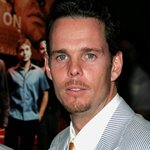 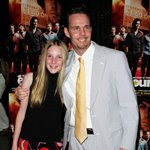 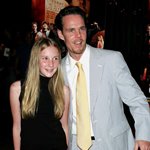